Your Voice. It's A Powerful Tool 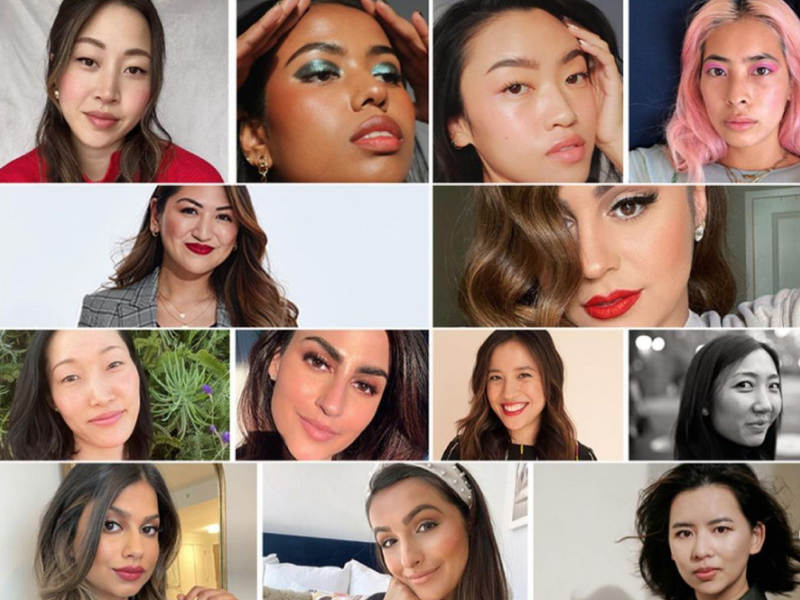 Happy International Women of Colour Day (aka, every day at Glowreel HQ) and Welcome to Women's History Month!

I feel energized every week as I read and share stories of women of colour from all over the world, and from all walks of life, using their voices to have an impact and to drive change. I'm guessing you know the feeling!

This week's stories truly highlight the power of using your voice for change.

P.S. Every person has a story to share. What's yours? You could be featured in Glowreel next (yaaaas). Don't be shy - drop me a line at hello@glowreel.co - I'd love to connect with you!

Hear Our Stories Loud And Clear

Representation, Pride And Self-Love: These Are The Stories Of 23 Asian American Editors And Influencers.

Most children and grandchildren of immigrants know how it feels to not really be seen, heard or represented - particularly in the beauty industry.

Faith Xue, Editorial Director for Byrdie, is on a mission to change this.

Her latest article for Byrdie spotlights the stories of 23 Asian editors and influencers at the top of their game who share the personal journeys that got them there.

Representation matters now more than ever

Xue calls out common themes of a lack of representation and a yearning to assimilate in childhood across all the stories. Stories which many of you will no doubt relate to - no matter where in the world you've grown up.

The motivation for sharing these stories? To make sure Asian (including South Asian) voices are being heard and causes are being supported - particularly in the context of increasing anti-Asian hate crimes in the US and beyond.

We all stand to learn from these stories

Each interviewee has a few nuggets of wisdom to share that will have you wanting to learn more.

"I want allies and non-Asian people to expand their understanding of “Asian”—there’s a lot of nuance ..." says Kristina Rodulfo.

Meanwhile Kathleen Hou notes that "you can support more than one community at a time. Asians have to be included in anti-racism discussions."

And this message from Arshia Moorjani which we completely agree with: "I think the simplest way to support the South Asian/Asian community or any group of people who look different to you is to be kind and accepting."

You can read the full article here. On a related note, Forbes magazine also has an article out sharing insights from 12 Asian-American founders on why the beauty industry needs to take a stand against Asian hate.

The Live Tinted Huestick! Live Tinted is a woman of colour founded digital community and beauty brand driven by the principle that every person belongs (yaaaas!)

The Huestick is a 4-in-1 multi stick that can be used as a colour corrector to balance discoloration and dark spots under makeup, and as an eye shadow, blush and lipstick. It's available in nine shades that work for every skin tone - now that's a win!

Bonus Round Of Inspo

In honour of author Brit Bennet being placed on the TIME100 Next list, we're adding her best-selling novels to our reading list:

Inspiration. Education. And Product Of Culture...

Alyssa Ho Is Here To Inspire And Educate You

Ho, a proud Vietnamese Australian woman, uses her voice to speak out about injustices and racist actions against people, with a particular focus on Asian communities. What we love about her approach is the way she engages and educates her audience, taking the time to explain why a particular sentiment or action (like the fox eye makeup trend) is considered racist.

Ho is here to make the world a better place in general. In addition to her anti-racism work, she's the founder of mygotogal, a community group based in Melbourne, Australia that's focussed on bringing women together. She's also the the founder of You Are A Gift, a box of cards with meaningful prompts for you to fill out and share with those you love

Archana Jain and Monika Sharma are the founders of Product of Culture (aka, POC) - a collective that amplifies brown brands and creatives with strategy, content, and experiences rooted in culture.

POC (we love a clever acronym!) hosts a range of events to showcase brown creatives and talent from all over the world.

Their most celebrated event is the South Asian Film Festival Of America. The film festival places itself as a platform for South Asians across the globe to share their experiences and narratives in the form of films, web series, and music.

The month-long film festival is being held from February 27 until March 21 and will be entirely digital!

All the films and series will feature and represent producers, directors, actors, and musical talent from different parts of the world— inclduing Australia, Bangladesh, Canada, Germany, India, Japan, New Zealand, Pakistan, Singapore, the UK and the US. You can view the full schedule of the film screenings here.

To Infinity And Beyond!

Dr Mae Jemison: the first black woman, and the first woman of colour, to travel into space.

"Growing up in Chicago I watched the sky—stars, clouds, moon, sun—determined I would travel among them."

Jemison always dreamed of travelling into space. She started her career in 1981 as a general practitioner and served as the Peace Corps medical officer for Sierra Leone and Liberia. In 1987 she applied to NASA's astronaut training program and was one of 15 successful applicants.

Her dream became a reality in 1992. Jemison served as a mission specialist aboard NASA's Endeavour space shuttle. Fun fact: she took a photo of pioneering aviator Bessie Coleman, the first African American with an international pilot license, with her on the space flight! Jemison orbited the earth 127 times during her eight days in space.

She left NASA in 1993 - and the former physician, engineer and astronaut and has continued to add a plethora of titles and achievements to her name. Jemison is now an educator, social scientist, entrepreneur, and author. She's also been inducted into the National Women's Hall of Fame and the International Space Hall of Fame, had schools named in her honour and was the first real astronaut to appear on Star Trek!

“Never underestimate the power of dreams and the influence of the human spirit. We are all the same in this notion: The potential for greatness lives within each of us.”