You Can Thank Dr West For Your GPS 👏 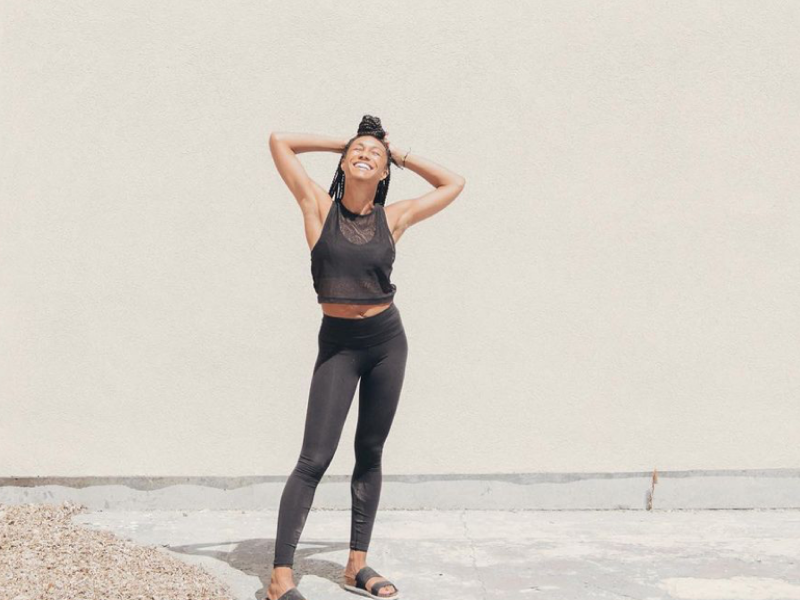 It's officially Black History Month in the US and Canada. It's great to see so many stories about Black women across publications. Hopefully the momentum continues beyond February. Because every day of the year is an opportunity to learn about and celebrate Black history and culture.

On that note, this week features a discussion between Michelle Obama and Amanda Gorman, and a spotlight on Nicola Cardoza - founder of Anti Racism Daily. A couple of Stac(e)ys are making big news in the Bites section too.

We've also highlighted some epic women from India and Scotland. Women of colour are kicking goals all over the world!

P.S. I need your help making Glowreel great. I've whipped up a quick survey to find out if the Glowreel is hitting the mark for you. I'd be really grateful if you could please respond here. It'll only take 2 minutes of your time, promise!

Amanda Gorman, And The African-Led WTO

You feel like you're sitting at the (virtual) table with Gorman and Obama for this interview.

In this must read interview in Time Magazine, Obama asks Gorman a series of questions covering the role of art in activism to the pressures Black women face in the spotlight.

Gorman highlights how art is used as a tool to fight for social justice. "Never underestimate the power of art as the language of the people."

She also shares the mantra she recites to herself before performing on a stage. Spoiler alert: it's inspired by Song of the Ancestors from Moana:

“I’m the daughter of Black writers who are descended from Freedom Fighters who broke their chains and changed the world. They call me.”


The First Woman And The First African To Lead The WTO

Things are about to change on the global trade stage!

Ngozi Okonjo-Iweala from Nigeria is set to become the next director general of the World Trade Organization (WTO).

This will make the the economist and former finance minister of Nigeria the first woman and the first African to lead the WTO. Okonjo-Iweala is ready, and not afraid, to mix things up!

"The WTO needs a leader at this time. It needs a fresh look, a fresh face, an outsider, someone with the capability to implement reforms and to work with members to make sure the WTO comes out of the partial paralysis that it's in."

Manjamma Jogati has been awarded one of the highest civilian honours in India.

The Padma Shri Award recognises her dedication to popularising rural folk arts in India over the past decades.

Jogati is the second transgender woman to win a Padma Shri Award. Having faced a multitude of emotional and cultural hardships through her life, the award is a big acknowledgement of her contribution to arts and culture.

Twenty nine women received a Padma Shri Award this year. The Award, presented by the Government of India, recognises Indian people who have made exceptional contributions in the field of art and culture, business and social welfare.

Nicole Cardoza is on a mission to drive change in the wellness space.

The entrepreneur, investor and author works to close the racial and socio-economic divide in the wellness industry. She's invested more than $3 million in direct funding, programs, and other resources into communities that need it the most.

Cardoza is the founder of Wellemental - an app focussed on yoga and mindfulness for kids of colour. Her first book, Mindful Moves, is available for pre-order now. The book introduces kids to simple mindfulness activities that are fun and easy to remember,

But that's not all! Cardoza is also the founder and editor-in-chief of Anti Racism Daily. The daily newsletter pairs current events with historical context and personal reflections on how racism persists in the US (and around the world).

BRB, we're off to make sure we've signed up to all of Nicole's epic projects!

In a nod to her heritage, she named the brand's five lipstick colours after African queens: Yaa asantewaa, Moremi, Nefertiti, Queen Nandi and Araweelo.

Born in Somalia and raised in Canada, Barud is aware of how important it is for kids to connect with people who look like them. She hopes her daughter has more exposure to Black women in positions of power than she had while growing up.

“I mostly did this for my daughter, so she could have women she could look up to, like warrior queens.”

We Have A Sense Of Direction Thanks To Dr Gladys West

Do you regularly use Google Maps to figure out where you are or where you're going? How about using the location tagging function on your social media?

You can thank Dr Gladys West for all of that! West is an American mathematician who helped create the foundations for the Global Positioning System (GPS).

She had ambition from the get go

Born in 1930 in a rural Virginia community of sharecroppers, she had ambition to go beyond farm or factory work from an early age. She was one of a handful of women who studied mathematics at Virginia State College.

In 1956, she was offered a position analysing data from satellites at the Naval Surface Warfare Center in Virginia. She was the second Black woman to be hired by the Center.

She started her career performing complex mathematical calculations by hand

Because, computers weren't really a thing at that point!

Once computers entered the scene, she had to learn how to program and find any mistakes in the computers' algorithms. "You had to analyze them and find out what was different to what you expected."

The GPS foundations were born

From the mid-1970s through the 1980s, West worked on a project undertaking satellite modelling of the earth.

This modelling became the foundation for the GPS, which is used widely today.

West was inducted to the Space and Missile Pioneers Hall of Fame in 2018. One of the US Air Force's highest honours!

She hopes her story will inspire another generation of female pioneers. "I think I did help ... the world is opening up a little bit and making it easier for women. But they still gotta fight."

From One Lioness To Another

"If you’re always trying to be normal you will never know how amazing you can be."