Women Of Colour Are Making History 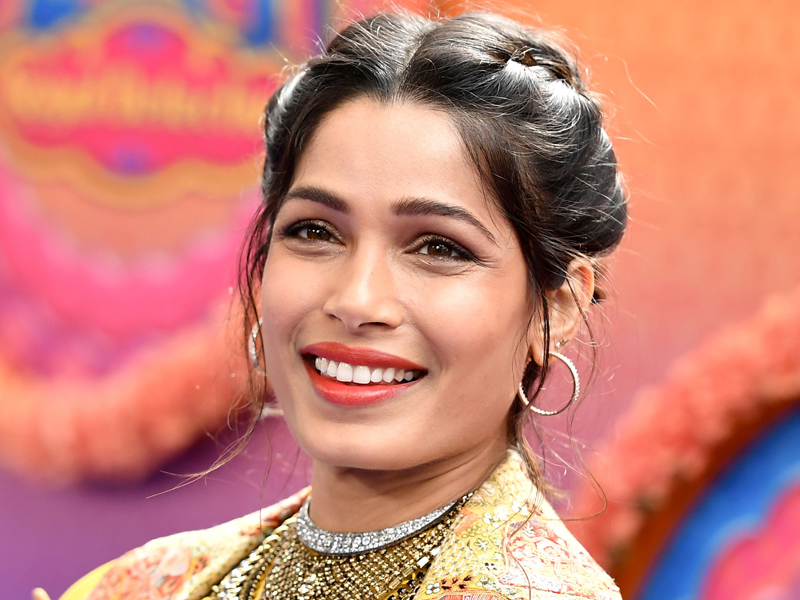 A record number of firsts were achieved by women of colour following the 2020 US election.

There's the obvious achievement of Vice President elect Kamala Harris (or Kamala Aunty for our desi contingent). But plenty of other women of colour have also made their mark on the political stage in the US.

With the Presidential Inauguration coming up on January 20, and given the dominance of US politics in the news cycle recently, our second newsletter highlights the recent accomplishments of women of colour in US politics.

Not a fan of politics? Don't worry. We've covered plenty of other stories about epic women of colour to pique your interest.

So let's get glowing!
- Shilpa

A Significant Moment In US Political History

Harris has also expressed her commitment to pave the way for women in US politics, stating in her victory speech in late 2020 “ ... while I may be the first woman in this office, I will not be the last.”

You can read more about Harris' plans for the road ahead in office in her latest interview with Vogue here (and more about that Vogue cover here).

The 117th US Congress includes 52 women of colour, overtaking the previous record of 48 which was set in 2019. Members were sworn in on 3 January 2021. Here's a run down of some of the records women of colour are breaking:

Cori Bush, is the first Black woman and first woman of colour in Congress from Missouri. She's overcome many barriers, including experiencing homelessness and facing domestic violence and is a proud congresswoman, nurse, activist, pastor and single mother. Oh, and she's the newest addition to the squad (iykyk). "I'm taking my own lived experience to Congress ..." says Bush.

Marilyn Strickland also made history as the first Black woman in Congress from Washington state and one of the the first Korean American women elected to Congress. She represented her Korean heritage by wearing a hanbok during her swearing-in. "I think the more that we see folks running for office, the more that we see people holding office, the more encouraged people are," says Strickland.

Freida Pinto Is Breathing Life Into The Spy Princess

Actress Freida Pinto will executive produce and star in Spy Princess. The limited series will tell the story of Noor Inayat Khan, as adapted from her biography by Indian author Shrabani Basu.

Noor Inayat Khan was the first female wireless operator sent into Nazi occupied France in 1943. “Noor is unlike all the other female superheroes, warriors and badass women I see in film and TV, who train so hard and are so great with all the physical stuff, almost leaving us mere mortals to believe that courage means being good at everything. Noor has a quiet strength that she’s not entirely aware of ... she was a fierce and amazing woman, the most unlikely heroine of World War 2,” says Pinto.

We can't wait for the series to come out! Meanwhile, we were so fascinated by Noor's story that we decided to spotlight her as our historical heroine this week. Scroll down to find out more!

We Rise By Lifting Others

Maria Thattil is using her platform to ensure everyone gets a seat at the table. The 27 year old from Melbourne, Australia is Miss Universe Australia 2020, an inclusion advocate, a model and content creator and works in human resources for the State Government. She's also host of the Mind With Me Instagram TV series where she drives meaningful conversations around self-acceptance, leveraging difficult life experiences to make positive changes and the importance of diversity and inclusion.

“I have always championed inclusion and not just limited it to ethnicity but also sexuality, gender, ability. I strongly believe representation matters. A society where every voice can thrive. We need to make space for people to express themselves irrespective of their background."

Jazmine Reed-Clark is here to help you discover your purpose, define your goals, and help you to achieve success at work.

The Dallas based writer, podcaster, speaker and career coach works with clients from all over the world to push the status quo and to empower them to live their version of an inspired life. Her Office Politics Podcast offers candid conversations between professionals on failure, faking it, and finding yourself along the way.

That was a spy’s life expectancy in 1943. They knew it back then, too. Talk about courage.

Khan wanted to defeat Nazi tyranny, and “make a bridge between the English people and the Indians”. And if we weren’t impressed enough already, Khan became the first woman to be sent to occupied territory as a spy.

Her mission was incredibly dangerous

Her mission was to aid French resistance fighters. Without her, and her fellow spies, all resistance strategies would be doomed.

20 minutes is all she had

Enemy detection vans could trace the signals and rat her out if she was on the air for more than 20 minutes. Her messages had to be detailed and brief at the same time.

And, the only thing more dangerous than moving location was staying in the same place.

Whenever she moved, she had to pack up the typewriter sized transmitter, hide it and still carry it as casually as a box of donuts. If she was searched, there was literally no way to explain the transmitter away.

Lady Luck was not on Khan’s side

Tragically, she was betrayed by a double agent. Nazi soldiers captured and executed her along with 3 other spies on 13 September 1943. She was only 30.

Her final word was ”Liberté”.

In 1949, Khan was posthumously awarded the George Cross, the highest civilian decoration in the United Kingdom, for “acts of the greatest heroism”

"You may not always have a comfortable life and you will not always be able to solve all of the world's problems at once but don't ever underestimate the importance you can have because history has shown us that courage can be contagious and hope can take on a life of its own."

‍Your friends and family could be featured too. We're always looking for new stories to tell. Don't be shy, get in touch. If you know a story, a person, or a business that you would love to see in Glowreel, please submit your ideas to hello@glowreel.co or DM us on our socials :)