We're Fighting Against Climate Change, Misogyny And Lack Of Diversity 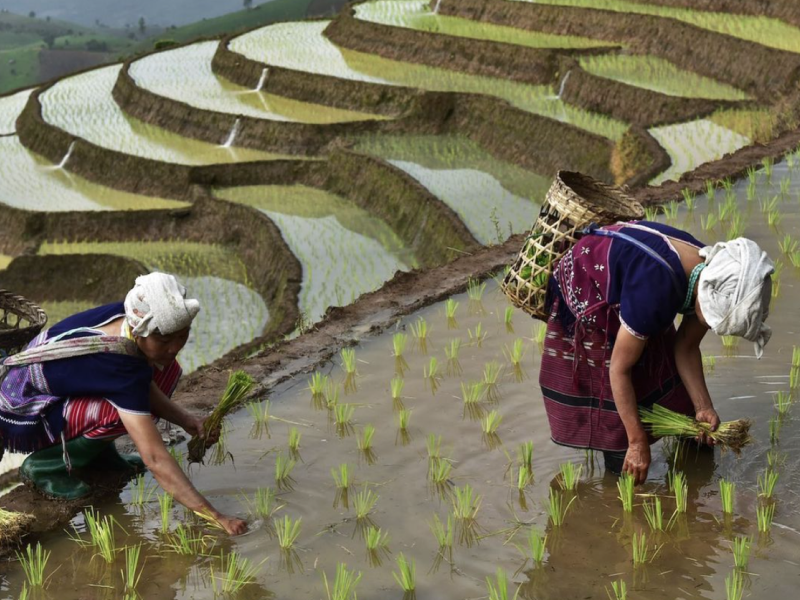 Every week I am blown away by the number of BIPOC women making change in the world! I'm sure you will be too after reading this week's newsletter.

This week, we've highlighted some incredible women who are doing their bit to save the planet - because the latest report on climate change is no joke! The Queen of Recycling also makes an appearance.

Maria Thattil and Tisiphone are fighting the bad guys while Sophia Chowdhury shakes up social media spaces in multiple ways.

Spoiler alert: the situation is dire. The UN Secretary General referred to it as a "code red for humanity."

Early next year the IPCC is due to release two volumes about ways to adapt to, and reduce, climate change. Most of us know that combatting climate change requires collective effort. Mainly by governments and corporations but also by communities and individuals (through advocating for change and being more sustainable).

Here are five of our favourite BIPOC women environmentalists that can help you learn more about the tangible actions we can take to help save the planet:

You need to try: All the delicious recipes by Sweet Potato Soul

Founder Jenné Claiborne loves to use fresh, local ingredients to make the most mouthwatering vegan dishes you'll ever taste! Check out her banana peel recipe/vegan carnitas for something that's a bit different, delicious and helps you to reduce food waste - winning!

Fun fact: she was the first Bangladeshi woman to be featured in Vogue Australia!

In 2010 she started her blog, Every Day Like This, to help diversify the fashion space.

"I was in uni and just didn't see anyone who looked like me or dressed like me."

As her career has grown, Chowdhury has been working to diversify fashion and media campaigns. "I always make sure my clients no matter what background ensure safe spaces for BIPOC ..."

For better representation of BIPOC in mainstream media more broadly, Chowdhury highlights that more work needs to be done behind the scenes to ensure proper procedures are implemented.

"... like cultural consultancy, so things like cultural appropriation can be avoided and cultures and people can be highlighted and celebrated in a respectful manner."

On a personal level, she uses her platform to represent brown girls and those with Vitiligo.

"I think the more I got comfortable with having Vitiligo in real life the more I was ready to start talking and posting about it online."

Chowdhury started off small before fully sharing her Vitiligo journey.

"I started with first not covering my spots with make-up, then stopped covering it with the way I dressed in front of my friends who knew I had it and then proceeded to start shooting with them and posting online."

Her wise words for for feeling comfortable with putting yourself out there? "Keeping good people [around you] who get it makes all the difference!"

Isatou Ceesay: The Queen of Recycling

As a child, Ceesay and others in her village used woven baskets to carry goods to and from the market. But the baskets started to be replaced with lightweight and strong plastic bags.

In 1997, 25-year-old Ceesay held the first meeting of her women’s group to educate fellow villagers on the importance and benefits of recycling and reducing waste

Ceesay had learned about the benefits of recycling waste while volunteering for the US Peace Corps. She also knew how to crochet, which gave her the idea to upcycle plastic bags by repurposing them from waste into something valuable.

At the first women's group meeting, the women used around 10 plastic bags to make a purse. They continued making purses over the next few months. Ceesay then took these to a market in the city and managed to sell them all!

Ceesay's original women's group has since expanded to become the the N’jau Recycling and Income Generation Group. Cessay is also known as the Queen of Recycling

Ceesay was able to secure funding through the Peace Corps to build a skill centre where women could meet and work together to reduce waste and earn an income.

They continued making bags and purses, selling them throughout Gambia, and over in the US. The women at the recycling centre also started repurposing other types of waste, like turning food waste into compost for their vegetable plots.

Ceesay has trained over 11,000 people all over her country in the dangers of plastic and reduced waste in her village, and in surrounding villages. She is credited with creating a healthier environment and changing the loves of the women around her.

“There are opportunities even in the most difficult moments."
-Wangari Maathai