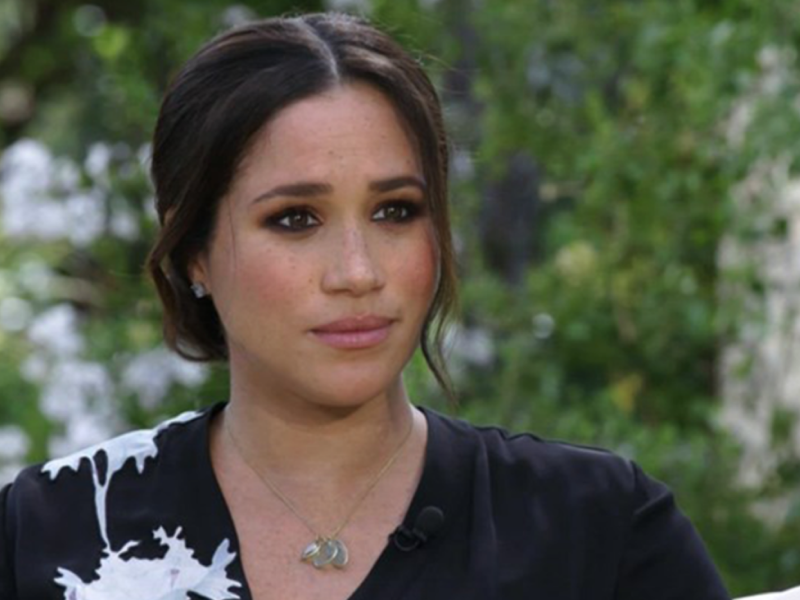 Welcome to newsletter number 10, where we are highlighting individuals, brands and movements that are having a positive impact on peoples' lives.

This week we're talking about the Meghan and Harry interview, Zinnia Kumar and Marwa Atik - who are game changers in their own right, and one of the greatest avant-garde artists of the early 20th Century. Oh, and a new Disney Princess and Queen Oprah feature too ...

Meghan Markle On Mental Health, And The Power Of Pivoting Professions - According To Those Who've Done It

By now you've seen and/or heard about Meghan and Harry's interview with Oprah last week.

There's so much to unpack with that interview (seriously, we could talk about it all day). Our focus today is how brave Meghan was in sharing her mental health struggles, and the difficult experience she had in trying to get help.

"It takes so much courage to admit that you need help, to admit how dark of a place you’re in.”

For Meghan to share her experience in public forum must have been difficult. But it also helps to normalise conversations about mental health, particularly for women of colour.

Alicia Vrajlal's latest post for Draw Your Box sums it up perfectly. She notes that Meghan "represents women of colour facing a system that shuns vulnerability and deems depression and anxiety as nothing more than a curse or an illusion. In order for more of us to find the courage to ask for help, cultural perspectives of mental health issues need to critically change."

So thank you to Meghan, for using her voice and her experience to help give a voice to those who may be going through, or have gone through, a similar experience.

Side note: all hail Queen Oprah and her epic interviewing skills. It's like she can read the audience's mind and know the questions they want answers to ...

The Right Time Is Now

If you were looking for a sign to make pivot in your career, this article by Byrdieis it!

It covers the journeys of 11 beauty entrepreneurs who all made a pivot (or took a leap of faith!) to get to where they are now.

Like Sharon Chuter, creative director and CEO of UOMA Beauty - which caters to all skin tones. Her advice for someone wanting to change careers? "Really ask yourself why ... It's absolutely worth the risk, but you have to understand what you’re going to be sacrificing.”

Meanwhile, Amy Liu, Founder of Tower 28 Beauty, wants you to use your fears to motivate you. "I was always convinced that it was the wrong time, I was too old, I couldn’t do it with young kids, I needed a partner… I had every excuse but ultimately I was afraid of failure."

Inspiring advice from some inspiring women, that's for sure!

Made from 100% genuine materials, these beauty tools will amp up your
self-care regime. We can't live without our Zove Beauty tools!

Zinnia, who is Indian-Australian and now lives in London, is an accomplished scientist researching colourism, identity, consumer behaviour and sustainability.

But that's not all! She also has a successful modelling portfolio under her belt with her clients inlcuding Dior, Chanel, Vogue and Harpers Bazaar to name a handful. She uses her modelling gigs to help spread messages about body positivity, diversity, colourism and sustainability.

Marwa Atik is known as one of the most influential Muslim Hijabi public style figures.

The style advocate and designer, who is of Syrian descent, is based in LA.

In 2009, she co-founded VELA with her sister Tasneem - VELA is committed to providing curated hijabs to support every woman’s self expression. The brand was established because both sisters felt uninspired by the scarf options available to them.

"We want to help women feel like their best selves as they take on the world, through effortless scarves on the cutting edge of fashion. We aim to push culture forward by reclaiming our narratives and leading on inclusion and representation."

The Indian-Hungarian painter began her career in Paris. She first gained recognition for her work in 1932 at the age of 19, for her oil painting titled Young Girls.

The painting saw Sher-Gil awarded a gold medal and also saw her elected as an Associate of the Grand Salon in Paris in 1933. She was the youngest ever member, and the only Asian to have received this recognition

"I began to be haunted by an intense longing to return to India feeling in some strange way that there lay my destiny as a painter."

Sher-Gil returned to India in 1934. She used her paintbrush to depict the daily lives of Indian women in the 1930s, often revealing a sense of their loneliness and even hopelessness. She gave a voice and validity to their experiences through her art. Because of her style and emphasis on women, Sher-Gil became known as the “Indian Frida Kahlo.”

In addition to painting others, Sher-Gil created self-portraits that reflected an introverted and troubled woman caught between her Hungarian and Indian existences.

She also felt conflicted about her sexuality and was drawn to the idea of a lesbian affair. In 1938 Sher-Gil married her cousin, Victor Egan. She sadly died in 1941 at the age of 28.

Despite her short life, Sher-Gil's art has influenced generations of artists. The Government of India has also declared her works as National Art Treasures.

“Think like a queen. A queen is not afraid to fail. Failures is another steppingstone to greatness.”