The UN Has Never Been Led By A Woman. Yet. 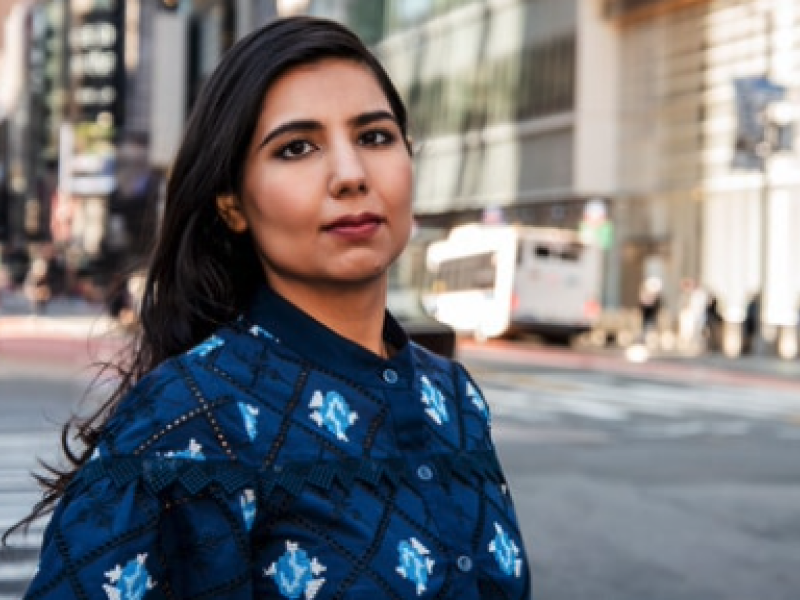 Welcome to this week's round up of women who are breaking down barriers, no matter what gets thrown their way.

The Squad (IYKYK) is back at it, as are Malala and Naomi. Arora Akanksha is pushing forward with her campaign to be the next UN Secretary-General and Brooke Blurton just made Bachelorette history over in Australia.

Oh and The Catalyst Collective is looking for some amazing Black women to join their mentoring programme.

So grab your afternoon coffee or tea and, well, you know the drill ...

Make Some Noise For These Inspiring Leaders

Fortune Magazine released its list of the World's 50 Greatest Leaders which features some incredible people from a range of industries - including 15 women of colour.

Women like Jessica Tan, the co-CEO at Ping An Group. The company’s telehealth app provided vital digital medial consultations to people in China throughout 2020.

And Stacey Abrams, who founded the nonpartisan nonprofit Fair Fight Action and the Democratic PAC Fair Fight to expand and protect voting rights and battle disinformation.

The incredible Malala Yousafzai and Naomi Osaka, who are both making waves at such a young age (they're both 23), feature on the list too.

Special shoutout to Jacinda Ardern who took out the top spot on the list - because it's great to see women across the board breaking glass ceilings!

Arora Akanksha Wants To Be The Next UN Secretary-General

The 34-year-old Indian-Canadian audit coordinator at the UN launched a campaign to become the next UN Secretary-General against incumbent António Guterres in February.

Akanksha's current challenge is securing a member state nomination - candidates need to be backed by a country to be recognised in a campaign for Secretary-General.

She's determined to get a seat at the table - we love to see it!

"The world has responded very enthusiastically to my campaign. The employees of the UN are extremely supportive of my candidacy. Young people, especially girls and women are very inspired by my candidacy."

The UN hasn't been led by a woman since being established 75 years ago. Akanksha is the first millennial candidate for the position and the first known candidate to challenge an incumbent.

You Need To Listen…

To The Window - the new song by YSSY.

Singer Elliot Caroll wrote The Window to share her experience as an Asian-Canadian woman in music and as an anthem for representation.

The single seeks to amplify the #stopasianhate movement and celebrates the change happening right now across the media.

We've been listening to The Window non-stop since it was released. We have a feeling you'll be doing the same!

Meet The Collective That's Helping Young Black Women Achieve Their Goals - You Could Be Part Of It!

UK based group, The Catalyst Collective believes in the power of mentoring to support and enhance the lives of young women.

The aim? To utilise the power of an excellent mentor to help young Black women achieve their goals and to help them go further than they might think they're capable of.

You could be part of The Catalyst Collective!

The team are looking for committed and inspiring Black women to be mentors for the next year. While the program and its students are based in London, mentors can be based anywhere.

If the thought of being a mentor sparks a light within you, and you have a spare 2 hours a month to support and inspire a young Black woman, you can apply here. You'll have to be quick - applications close 31 May.

Nova Peris: Breaking Down Barriers Since 1996

Born and raised in Darwin in the Northern Territory, Peris is a member of the Muran people of western Arnhem Land.

She realised her love of sports, especially hockey, early in life. In 1992 she was selected for the Australian under-21 hockey squad. Fast forward to 1996 and Peris headed off to the Atlanta Olympics with the Australian Hockeyroos.

She was also the first mother to be a gold medallist for Australia since Shirley Strickland in 1956!

After the success at Atlanta, Peris decided to turn her sporting talent to athletics. She excelled on the track, winning the 200m and 4x100m gold medals at the 1998 Commonwealth Games.

At the Sydney Olympic in 2000, Peris reached the semi-finals of the 400m and was a member of Australia’s 4 x 400m relay team, which placed fifth. Notably, she was relay teammates with the legendary Cathy Freeman, aka the 400m champ and second Australian Aboriginal Olympic gold medal winner.

Peris is known as one of Australia's finest athletes, having reached Olympic level in two different sports. She also paved the way for Aboriginal women in Parliament

In September 2013, Peris became the first Aboriginal woman elected to the Federal Parliament In Australia. She continues to be an active campaigner for Indigenous rights and reconciliation.

"As a child, I dreamt big. Most people would have looked at an Aboriginal girl from the Territory, where the statistics … point to every reason why I should not succeed. But I was determined to be successful."

"We women have to love and believe in ourselves. It's important to unlock your full potential and seize the opportunity to think bigger and aim higher."