The National Treasure You Need To Know About 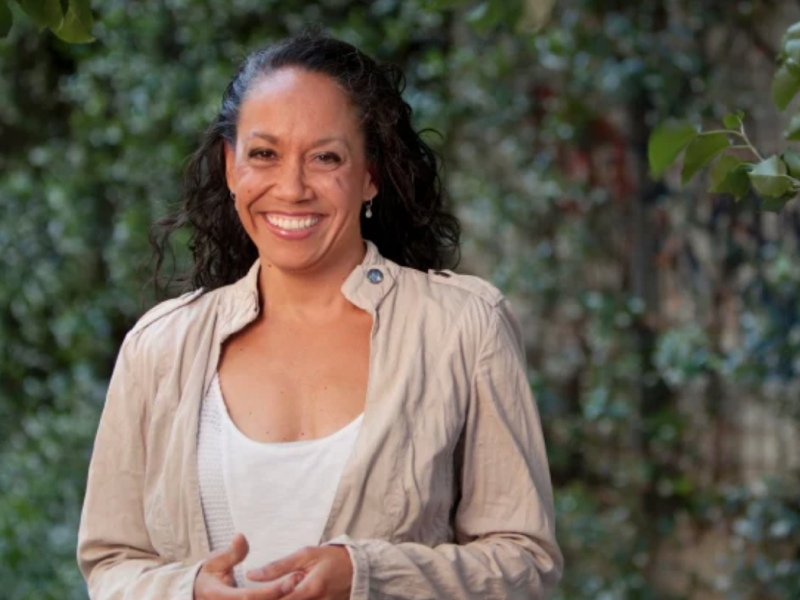 Don't be afraid to reach for the stars!

That's the common thread throughout this week's newsletter, where we've shared the stories of BIPOC women who have achieved amazing things, and have helped out those in their community while they're at it. I believe the dictionary definition is 'Superwomen'!

This week is also NAIDOC Week in Australia. NAIDOC week celebrates the history, culture and achievements of Aboriginal and Torres Strait Islander peoples. You can learn more about NAIDOC week and this year's theme ('Heal Country') here. In honour of NAIDOC week, we've included a few stories about some of Australia's amazing First Nations women.

Aboriginal and Torres Strait Islander readers are advised that today's newsletter features an article that contains the image and name of a deceased Aboriginal person.

Miriam Corowa On Being An Indigenous Woman In The Media

Australian journalist Miriam Corowa recently shared her reflections on her career as an Indigenous woman in the media. She's become the representation she wished she had growing up.

Corowa was the first Indigenous Australian to host a prime-time television current affairs show in Australia.

Her biggest reflection? "There needs to be a recognition that we all have an obligation to join in." Corowa calls on mainstream media to support and enhance the representation of First Nations peoples.

Corowa also shared her thoughts on cultural diversity in TV news, and her personal struggles and triumphs which you can read about here.

The Hairdressing Industry In The UK Just Got A Much Needed Update!

How may times have you walked in to a salon praying that the hairdresser will know how to work with your curly, coily or textured hair? Things are about to change for you if you're in the UK.

All hairdressers will now learn how to cut and style Afro and textured hair as part of their training thanks to an overdue change to hairdressing standards.

Prior to this change, many qualifications had no compulsory requirement for students studying hairdressing to be educated on cutting and styling Afro and textured hair, leaving a massive gap in professional knowledge and hairdressing services.

On a related note, over in Australia, Chrissy Zemura is fighting to change the hairdressing industry (peep the #shamlessplug by our founder, Shilpa). Similar to the UK, there's no compulsory requirement for students to be trained in working with Afro and textured hair. We'll be sharing more on Chrissy's work in an upcoming newsletter.

You need to read: Growing Up Aboriginal In Australia

Compiled by award-winning Aboriginal Australian author, Anita Heiss, this anthology highlights a range of voices, experiences and stories in order to answer the question 'what's it like growing up Aboriginal in Australia?'

Do you have a favourite book, tv show, movie, podcast, recipe or product that you want to share with the Glowreelcommunity? Let us know what you love and why here - we'd love to share your recos in Glowreel!

Jumana Khan has a strong connection to her heritage and culture. "My family is from North India and we are Muslims. This has shaped who I am!"

But she found herself feeling uncomfortable with being a woman, and especially a brown woman. The more she thought about her discomfort the more she realised that it was tied to broader societal factors.

"I realised that it wasn't me, it was the layers of patriarchy and colonialism that prevent women from being the truest version of themselves."

Khan started learning more about womanhood and menstruation and realised that there's so much that we aren't taught about menstruation.

So, Bija Ruh was born! "Bija is a Sanskrit word for seed. Ruh is an Urdu word for soul."

Bija Ruh is a space for ethnically diverse women to come together and learn about womanhood and discuss taboo topics. The end goal: to decolonise menstruation and womanhood.

Aboriginal and Torres Strait Islander readers are advised that the following article contains the image and name of a deceased person.
‍

Born on 21 November 1924, Smith developed a sense of responsibility to care for others at a young age. She had epilepsy and there was no medication for her illness when she was younger. She was very grateful to people who cared for her when she had fits.

Smith's formal education was impaired by her epilepsy. She was taught by her grandfather. While she couldn't read or write, she learned to speak 16 different Aboriginal languages!

She got her nickname, 'Mum Shirl', and began her community work and activism after her brother Laurie went to prison

Smith visited her brother regularly and continued to visit other prisoners after his release.

When she was questioned about her relationship with different prisoners, she would always reply, "I’m his mum".

Authorities eventually recognised the value of her support for prisoners and allowed Smith access to any prisoner she wished to visit.

Smith's work with and for the Aboriginal community was widely recognised

She was awarded Parent of the Year, an Order of Australia and an Order of the British Empire in 1979. The National Aboriginal and Islander Day Observance Committee (aka, NAIDOC) named her as Aborigine of the Year in 1990.

Smith was also recognised as a National Living Treasure by Australia’s National Trust in 1998, a few months before she passed away.

In 2018, Mum Shirl was featured in a Google Doodle in honour of NAIDOC Week, which had the theme of: "Because of her, we can!"

You can read more about Smith's incredible life in her autobiography, Mum Shirl.
‍

"You got to try and reach for the stars or try and achieve the unreachable.”