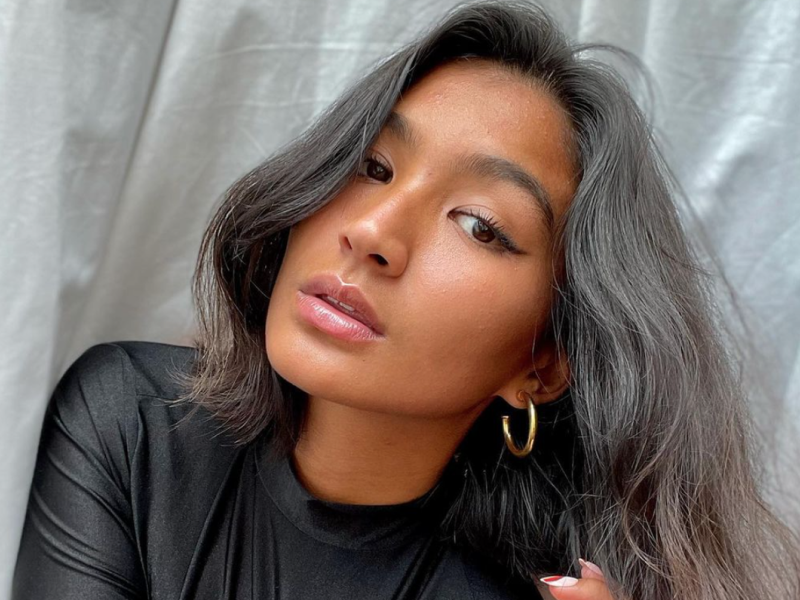 Strong, inspiring women supporting other women - that's the theme of this week's newsletter.

Women who have paved the way despite facing adversities. Like the late Nawal El Saadawi, and Ayor Makur Chuot - a soon to be sworn in Member of Parliament in Western Australia.

Let's also take a moment to appreciate Deja Foxx. This Gen Z queen is well on her way to running the world. Cue Beyoncé's Run the World (Girls)!

P.S. A happy Easter to all those who celebrated this past weekend. While not a religious holiday for me, I've been making the most of eating all the Easter chocolate and hot cross buns (#teamfruit all the way!) the past few days.

The Scottish Parliament was established in 1999. While it was meant to represent modern Scotland, no women of colour have been elected to it.

Kaukab Stewart, Nadia Kanyange, Aisha Mir, Pam Gosal and Deena Tisserahope to change things at the Scottish Parliament election on 6 May, and into the future.

Stewart notes that a parliament representing all of Scotland's diversity is essential.

"It's important because it's a validation ... it's a sense of belonging, that the people who make decisions about shaping policies are the people that live and work and breathe in Scotland."

Having worked their way to the "extremely competitive" position of Nuclear Surface Warfare Officers, the women are ready to be role models for other female officers.

Reflecting on her time as a junior officer, Jones reflects that ... "at that time, there were not many senior female officers that I could necessarily go to for gender-specific questions."

The accountant and former international model is due to be sworn into the Western Australia Parliament next month.

Representation has always been a key driver for Chuot. When she started her modelling career, she saw major gaps within the industry and took matters into her own hands. She launched a beauty pageant in Perth to give young South Sudanese girls a platform and help kickstart their modelling careers and launched Africa Fashion Week to support and showcase local African designers and boutiques.

While she was initially not keen on entering politics, Chuot now sees her role as an opportunity to really bring people together.

Feeling extra adventurous? Give her Hot Cross Bagels recipe a go - yum! (Plus it aligns with our #teamfruit stance)

While you're at it, have a scroll through Ayeh's Tik Tok account. Cooking is her happy place (and her escape from the pain of a back injury), and it'll be yours too after you've spent an hour or ten enjoying her Tik Toks.

Deja Foxx has a résumé that most people dream of ... and she's only 20 years old!

The activist, feminist, strategist, and influencer is leading thought at the intersection of social justice and social media.

She's the founder of GenZ Girl Gang, a student at Columbia University, and a Digital Creator with Ford Models.

She started her career advocating for reproductive justice after experiencing homelessness in her teenage years. At just 19, she worked for Kamala Harris as the Influencer and Surrogate Strategist. She's one of the youngest presidential campaign staffers in modern history.

Like the true Gen Z queen that she is, Foxx uses her Tik Tok account to continue her activism and make politics accessible (and cool) for her audience.

Look out world, Deja Foxx will be running the show in no time!

Nawal El Saadawi: The Loudest Voice For Women's Rights In The Arab World

Nawal El Saadawi (27 October 1931 – 21 March 2021) was an Egyptian feminist writer, activist, physician, and psychiatrist. She was known as Egypt's "most radical woman."

At the age of ten, she was told to put on her fancy cream dress. Her father had a guest for her to meet - her future husband.

El Saadawi put on her cream dress. She also smeared raw aubergine on her teeth to turn them black to ward off her potential suitor and it worked!

After evading marriage, El Saadawi continued her education and went on to study medicine. She then returned to her village to work as a countryside physician. This exposed her to class and gender inequities that further shaped her activism.

El Saadawi persisted no matter the circumstances. She wrote her memoirs on toilet paper in prison, using an eyebrow pencil smuggled to her by a jailed sex worker

She published over 50 books highlighting and speaking out against the oppression of women. Despite being persecuted for her work, she continued her activism.

She was dismissed from her role of director of public health for the Egyptian government after she published Woman and Sex in 1972.

She was held in prison for three months in 1981 - that's when she wrote her memoirs.

She moved to the US from 1993 to 1996 after her life was threatened. She ran for president of Egypt in 2005, but her campaign was hindered by the incumbent Hosni Mubarak.

El Saadawi's work shaped the discourse on women’s liberation in the Arab world. In 2020, Time magazine named her one of its 100 Women of the Year.

"Unity is power. Without unity women cannot fight for their rights anywhere."