The Amazons of Dahomey: The Fearless Female Fighters 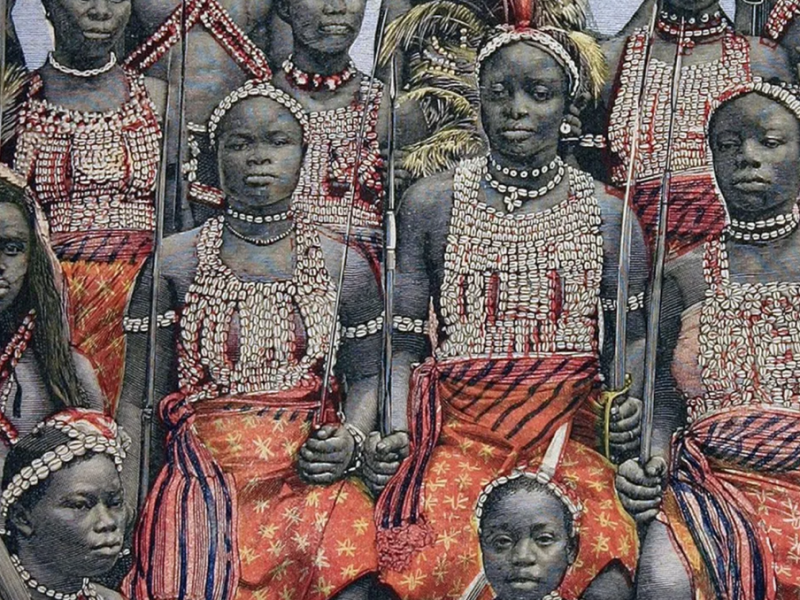 Last week was a week! On the good news front: BIPOC women are making waves in the film and publishing industry. You know we've covered their stories!

On the bad news front: Texas. Need I say more? More on Texas in the Bitessection.

This Thursday marks R U OK? Day in Australia. So, in addition to reading this week's Glowreel, I encourage you to check in on yourself, your friends, your family, and ask "are you ok?"

On a related note - this week's community feature on Sandhya Ramautar is all about the cathartic nature art therapy. A really interesting read.

Change Is Coming In The Publishing And Film Industries

It's been a big week for BIPOC women in the publishing and film industries.

In publishing: Megha Kapoor has been appointed as the new editor of Vogue India. A bit of a global citizen, Kapoor was born in Punjab, India, grew up in New Zealand and currently lives in Australia.

"What I am really excited about is the prospect to be a champion and foster the diverse, rich and talented wealth of talent emerging from India ... I want to showcase the beauty of the entire subcontinent with Sri Lanka, Nepal and the 36 million Indians who currently don’t live in India and have a similar experience to mine."

Meanwhile, for BIPOC women in the film industry: Nia DaCosta's Candyman topped the box office during its release weekend. This makes DaCosta the first Black woman director to debut a movie in the No. 1 spot at the weekend box office.

Shang-Chi and the Legend of the Ten Rings was also released last week. Marvel's first Asian superhero film includes the trailblazing Asian women you know and love. Michelle Yeoh and Akwafina are proud to be paving the way for Asian representation on the big screen.

You need to make: this delicious Afghan feast by Sadia Badiei, aka Pick Up Limes. It comes complete with Afghan dumplings and Bolani (stuffed flatbread). Yep, we're drooling.

Badiei's parents fled Afghanistan during the war of 1979. Her Afghan feast video includes beautiful snippets of conversations with her mum, and a message from both her parents about what's happening in Afghanistan now.

All of the revenue generated from the Afghan feast video will be donated to three different organisations to support Afghan people: the International Committee of the Red Cross, International Rescue Committee and Women for Women International.

Sandhya Ramautar On The Power Of Art Psychotherapy

Meet Sandhya Ramautar. A London based art psychotherapist who's encouraging more people, particularly women of colour, to use art therapy as a tool for processing experiences and emotions.

"Art therapy is the process where you can use art materials, like clay and paint brushes to draw out the emotional, deep seated feelings that you might have inside of you."

Ramautar has first-hand experience of using art therapy to process trauma in her life.

A former prop/model maker, Ramautar found herself at a crossroads after her dad passed away a few years ago. "My dad was a major influence in my life."

A friend suggested she get into art therapy. While she felt a little intimidated - Ramautar was the only person of colour in her University interview - she went on to do a course in art therapy. Through her studies, she learnt how art can be such a force in helping get emotions out. It's what helped her process the loss of her dad.

"It's a powerful vehicle to draw something out of somebody that they might not necessarily want to talk about."

Ramautar now works as an art therapist at a school in Croydon, England. Her work focusses on supporting teenagers from the LGBTQIA2+ community.

She hopes that spreading the word about art therapy will help remove any stigma associated with accessing therapy.

"It's important that people of colour like me are seen in these roles ... and to show different communities that it is okay to talk, it's okay to share how you feel."

The Amazons of Dahomey: The Fearless Female Fighters

They were the frontline soldiers in the army of the Kingdom of Dahomey, a West African empire that existed from 1625 to 1894. It is now known as Benin, which sits between Nigeria and Togo.

According to legend, the army started with Queen Hangbe who ruled from 1708 to 1711. She initially established a group of female bodyguards

In 1818, King Ghezo officially integrated the Amazons into the army.

This was partially a practical decision. Dahomey's male population was increasingly becoming scarce because of the European slave trade and ongoing war.

The Amazons were known for their fearlessness and strength!

By the mid-1800s, Dahomey had thousands of female troops as it fought rival kingdoms

Benin was seized by the France in 1894 and colonial officers disbanded the army of women warriors.

They opened new classrooms in what became known as Benin and made no mention in the curriculum of the Amazons. Despite this, the legacy of the fearless female army lives on.

The role of Queen Hangbe and her Amazons remains in Benin. They were also the inspiration for the Dora Milaje in Black Panther

The descendants of Queen Hangbe and her Amazon army play a ceremonial role, presiding over religious rituals in the community.

A team of Beninese researchers is also compiling a book, based on stories from the descendants, so their legendary story can be taught in schools.

Their story will also be told in the upcoming film The Woman King (release date TBC).

“An important attribute of success is to be yourself. Never hide what makes you, you.”
-Indra Nooyi