The Adams Sisters Need To Share Their Secret To Success With Us! 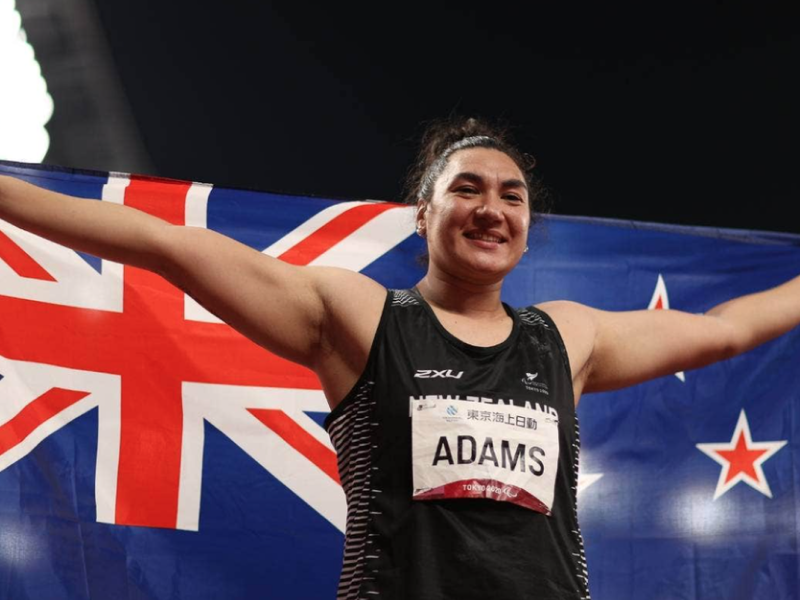 Harriet Tubman said that "every great dream begins with a dreamer."

This week's newsletter is a reminder that you have the power to achieve your dreams - no matter what setbacks you may face.

The Paralympians Who Are Breaking Barriers And Winning Big

ICYMI, the Tokyo 2020 Paralympic Games are in full swing. You can keep up with the latest results here.

We're sharing the stories of some of the inspiring BIPOC women who are competing at the Paralympics this year:

First up, is Zakia Khudadadi - Afghanistan's first female paralympian. The 23-year-old is a taekwondo superstar. Khudadadi was unable to catch her flight to Tokyo following the Taliban takeover of Afghanistan. However, a global rescue effort saw Khudadadi and her fellow paralympian Hossain Rasouli evacuated from Afghanistan and flown to Tokyo. Khudadadi intends to compete in the women’s taekwondo round on September 2 - we can't wait to see her in action!

New Zealand's Lisa Adams has won a gold medal in the women’s shot put. Adams threw 15.12 metres with her final two throws, which broke the Paralympic record. She was also the only thrower to go beyond 14 metres. Fun fact, Adam's sister and coach, Dame Valerie Adams is also an Olympic shot put champion!

Australia's Amanda Reid is on a mission to inspire Aboriginal people with disabilities. A proud Aboriginal woman, Reid just broke her own world record in track cycling and won a gold medal, the seventh gold medal of the Paralympics for Australia.

Yamada Miyuki has won Japan's first medal at the Paralympics. She won silver in the women's 100m backstroke. 14-year-old Miyuki is also the youngest ever Japanese Paralympic medallist in history!

Meanwhile powerlifter Latifat Tijani from Nigeria is feeling good! She set a personal best record of 107kg in the women’s 45kg Para Powerlifting competition, scoring herself a gold medal - and Nigeria's first gold medal of the 2020 Paralympics.

You need to listen: the Let's Go Together Podcast, hosted by Kellee Edwards.

The podcast features diverse voices sharing their unique travel experiences and inspiring others to explore the world. The perfect inspo for your post-pandemic travel! Our recommended episode is this interview with London-based podcast and video duo Kym Oliver and Jumoke Abdullahi, aka The Triple Cripples.

"I was almost always the one physically disabled kid in the classroom, and almost always one of maybe just a few Asian Americans."

Wong learned more about disabled history and the works of disabled scholars. This, combined with her experiences growing up, led Wong to pursue a career in disability advocacy, with a focus on intersectionality. She wants to help others to flourish in a world that’s not built with them in mind.

... non-disabled people can do so much to make the world a little bit more welcoming and a little more accessible by just understanding their own privilege, acknowledging it and also understanding that we all have a collective responsibility."

Wong is recognised as a true change maker through her work. She's received numerous awards, been featured in multiple media outlets and last year she was featured alongside other activists on the cover of British Vogue’s September issue.

Her latest venture is the Disability Visibility: First Person Stories from the 21st Century book. Edited by Wong, the must read book is a "galvanizing collection of contemporary essays by disabled people."

You can also listen to some eye-opening interviews between Wong and members of the disability community through her podcast, which highlighted life experiences from a disabled lens.

Well this is a little different. Usually we do a deep-dive into a trailblazing woman from history.

This week, we've decided to mix things up a little by sharing a round-up of 3 incredible BIPOC women from history who also happened to have a disability.

We'll also do our usual deep-dive on each of these women in future newsletters - we know how much you love them!

Hamer was an American voting and women's rights activist, community organiser, and a leader in the civil rights movement.

She was also a co-founder of the National Women’s Political Caucus, which was set up to recruit, train, and support women of all races who wanted to seek election to government.

Hamer had polio as a child which impacted her health throughout her life. She was also beaten in a Mississippi jailhouse, which caused kidney damage and a limp.

Aka, the Indian Spy Princess who we did a deep-dive on in this newsletter.

Khan was a British Muslim hero who served as a Special Operations Executive in WWII. Khan's fingers were permanently swollen from chilblains, which was caused by a circulatory disorder.

Eliza Suggs was a 19th-century American author who was born to former slaves. Suggs was born with Osteogenesis Imperfecta (brittle bone disease) and grew to only 84 centimetres (33 inches) tall.

Despite the barriers she faced as a black woman with a disability, Suggs was able to obtain an education and went on to publish a book which shared her story as a disabled black woman at the turn of the 20th century

"Every great dream begins with a dreamer. Always remember, you have within you the strength, the patience, and the passion to reach for the stars to change the world."
-Harriet Tubman