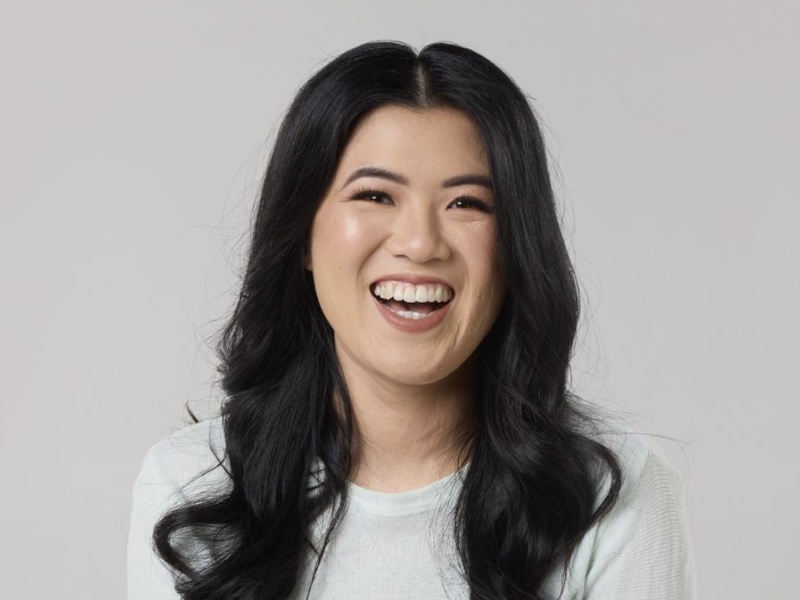 This week BIPOC women are making headlines for freedom of expression and freedom to express themselves.

Annie Louey has also shared her experiences as a BIPOC woman in comedy and shares her hot tips for breaking into media and comedy: "let’s flood the joint!"

BIPOC women are also taking centre stage, aka, playing the main character in mainstream TV shows in an important step for representation.

So grab your speakerphone and, let's get glowing!

The results are in. This year's Nobel Peace Prize has been awarded journalists Maria Ressa and Dmitry Muratov.

The win is in recognition of “their efforts to safeguard freedom of expression.”

Ressa is the founder, CEO and executive editor of Rappler, an independent online investigative news outlet. She's been commended for using “freedom of expression to expose abuse of power, use of violence and growing authoritarianism in her native country, the Philippines.”

Ressa has also made history as the first individual winner of a Nobel prize in any field from the Philippines. And, as at the time of writing this week's newsletter, she's the only woman to be awarded a Nobel Prize in 2021.

Speaking of freedom of expression, South Korean survival drama Squid Game has captured the attention of viewers all over the world. It's safe to say that part of the show's success is that it's an anti-capitalist satire where people who are drowning in debt are offered the “opportunity” to risk their lives for an obscene amount of prize money.

Meanwhile, Squid Game actress, HoYeon Jung, has also captured the attention of fans from around the world. The model/actress is now the most followed South Korean actress on Instagram (she's gone from 400K followers to over 18 million in a week!), and is the newest global ambassador for Louis Vuitton. We love to see her winning!

You need to read: Raising My Voice - The Extraordinary Story of an Afghan Who Dares to Speak Out.

In this memoir Malalai Joya shares her experiences of being a powerful public figure and the horrors she faced being an outspoken woman in Afghanistan.

Bonus reco: What, two recos in one week?! The latest episode of the Urban Limitrophe Podcast is out now! In this episode Alexandra, the host of Urban Limitrophe, interviews Liz Gomis about the inspiration and process of developing OFF TO Magazine.

Annie Louey. She's smart, sassy, seriously funny and an excellent TV Host - one who's not afraid to share some bloopers . Louey is also the host of Lemon Comedy.

In this week's interview Annie shares her experiences as a BIPOC woman in comedy and media - and her tips for other BIPOC women wanting to join these fields.

Scroll through for our favourite interview snippets.

I’m Chinese-Australian and I was born and raised in Melbourne, specifically Brunswick.

My go-to coffee order is an oat latte if the café is wanky enough to have oat milk.

Throughout my career I have made opportunities for myself, empowered myself and done everything within my control to put myself out there.

But the gatekeepers in Australia still exist and I’m finding it’s still hard to break through to mainstream recognition without people in power (i.e. lots of white folks in important positions) letting me in ... This is why I hope more BIPOC will take up comedy and media positions. Let’s flood the joint!

Advice for BIPOC women who would like to get into comedy?

We need you! You are funny! Your lived experiences are full of funny tales because we’ve had to use humour to survive in this world.

The cool thing about stand-up comedy is anyone can sign up to give it a go ... Watch some shows, get inspired and give it a crack. You’ve got nothing to lose.

Click here to read the full interview with Annie.

Born in Iran, Ebadi has dedicated her life to fighting for fundamental human rights, especially the rights of women and children.

She was the first woman to become a judge in Iran, in 1969

In 1975, Ebadi became the first woman president of the Tehran city court and served until the 1979 Iranian revolution, when she was dismissed from her post.

Ebadi continued to work as a lawyer, while also teaching at the University of Tehran and campaigning for women's and children's rights.

In 2003, Ebadi was awarded the the Nobel Peace Prize. She was the first female peace prize Laureate from the Islamic World

She received the award for "her efforts for democracy and human rights. She has focused especially on the struggle for the rights of women and children."

"When life hands you a difficult situation where you feel undervalued and disrespected, be bold and brave enough to know your worth."
‍
-Yai Vargas