Stop me if you've heard this before... 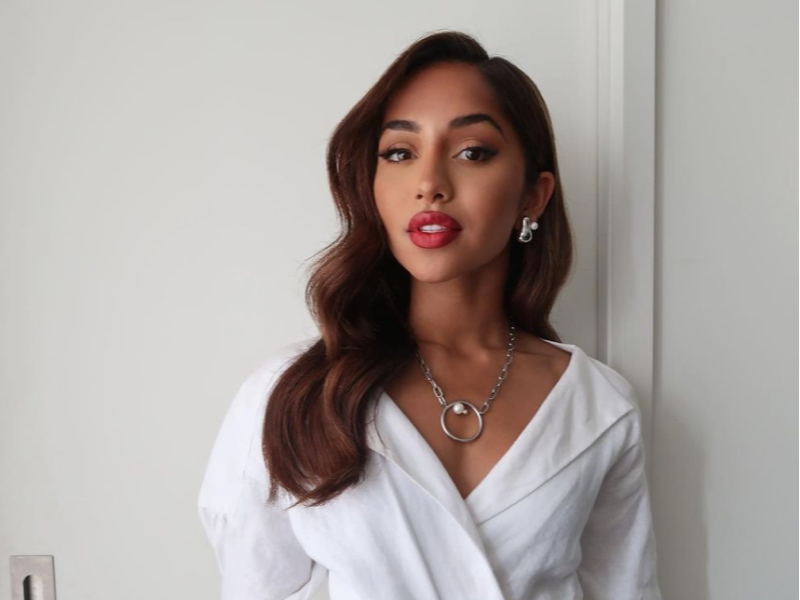 Every week I am blown away by the number of women of colour who leverage their experiences and their platforms to empower others.

This week's newsletter features women driving change across a broad range of industries - from the Miss Universe Pageant, through to politics, film, sports, beauty and science.

A Beauty Queen, A Civil Rights Lawyer And A Politician Using Their Voices To Empower Others

Maria Thattil wrote about her experiences dealing with microagressions and assumptions about her identity.

Thattil is Miss Universe Australia 2020 and is an Australian woman of Indian descent.

In the articles, Thattil notes that throwaway comments, which are perhaps not intended to be harmful, can hurt Black, Indigenous and people of colour as much as targeted racist slurs.

Such as a 'compliment' Thattil has received on countless occasions, that she's ‘so beautiful for an Indian’. She highlights that while the statement seems well intentioned, it demeans her racial heritage.

Thattil is also using her platform to challenge perceptions of what it means to be Australian and what an Australian beauty queen should look like.

"Seeing people of different skin tones and ethnic heritages on the stage representing their country ... is empowering. We need to honour that what it takes to belong somewhere is not just skin deep."

A Translator Of The Language Of Law

Julie Su has been nominated for the role of US deputy labor secretary by President Joe Biden.

If successful, she will be the first Asian American woman in the role. We are here for the representation!

Su is the daughter of Chinese immigrants. She spent 17 years working as a civil rights lawyer. In that time she championed protections for low-wage workers and worked to protect immigrants from becoming victims of crimes. She's currently the California labor secretary.

Speaking in 2019, she said she became a lawyer "to become a translator of the language of law for those who are marginalized, discriminated against, and exploited."

Mahua Moitra Gave One Of the Best Speeches Of All Time

Indian politician Mahua Moitra called out the treatment of Indian farmers during a passionate speech in India's Lok Sabha (House of the People).

Her speech is being hailed as one of the best Parliamentary speeches ever - you can watch it here.

ICYMI, one of the largest organised strikes in human history is taking place in India. Farmers in India are demanding the repeal of three agricultural reform bills that were passed by the Indian Government in September 2020, without any farmers being consulted. You can learn more about the bills, the protests and how to help here.

Moitra called out the Government's actions in her speech, which she ended by proclaiming "repeal or nothing” for the farm laws.

Candace Reels Has Created A Movement

26 year old Candace Reels is the founder of the Female Collective.

The Female Collective is a digital space where women are celebrated, uplifted, supported, and empowered everyday. It was born out of Reels' passion for activism and intersectional feminism. Oh, and the Female Collective also sells epic merch with powerful phrases to keep you inspired!

“There are so many things that separate us, but if we can use all of those things and work to equalise all playing fields for all women, it’s just much better for the world and all of us.”

Kristina Rodulfo is one of our favourite beauty editors! The proud New York City based Filipina is currently Beauty Director and Women's Health Magazine.

Her beauty recommendations are authentic and helpful, and she's always ready to give a helping hand to others. Case in point: she started Donate Beauty with some friends during lockdown last year. To date, they've donated 425,000+ health and beauty products to healthcare workers on the frontlines.

Rodulfo recently created this guide of 30 Filipino-Owned Beauty Brands. We love to see the diversity in the beauty industry!

The First Lady Of Physics

Chien-Shiung Wu was one of the most influential nuclear physicists of the 20th century.

She performed experiments that tested the fundamental laws of physics.

Of particular note is her famous experiment to test the law of parity conservation.

Wu's work led to her male colleagues winning the 1957 Nobel Prize in Physics. Wu was overlooked for the prize, with some believing that she was denied the prize because she was a woman.

Wu did win other awards in the field including the National Medal of Science (1975) and the inaugural Wolf Prize in Physics (1978). She was also the first Chinese-American elected to the National Academy of Sciences. In 1967, she served as the first female president of the American Physical Society.

Wu's contributions to science earned her the nicknames "First Lady of Physics" (in the US) and “Chinese Marie Curie" (in China). The US postal service also just announced it will issue a commemorative forever stamp to honour Wu.

Now, about that Nobel Prize..

"If one girl with courage is a revolution, imagine what feats we can achieve together."