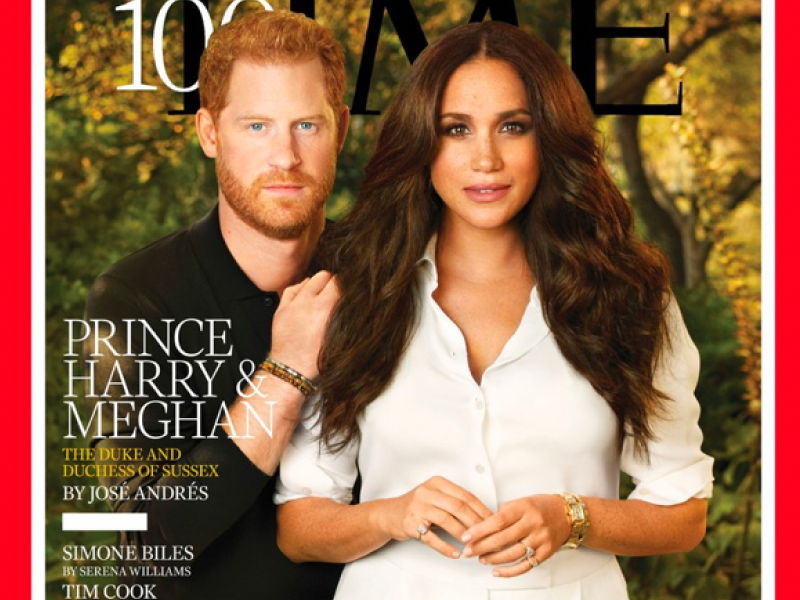 Happy Monday and welcome to this week's Glowreel!

I'm hoping you'll feel galvanised after reading about the trailblazing BIPOC women in this week's newsletter. Not so fun fact: I was languishing for most of last week. But, putting this week's newsletter together for you has given me the energy boost I needed to tackle the week ahead. So thank you (in a roundabout way!)

This week we're covering the TIME 100 Most Influential People list, including a breakdown of who's featured.

In honour of Hispanic Heritage Month kicking off in the US, Dolores Huerta is the historical woman of the week. Fun fact: she created the phrase "si, se puede!" (yes, we can!).

Last but not least, Alexandra Lambropoulos is diversifying urban planning through Urban Limitrophe.

So, pour yourself a drink and let's get glowing!

Breaking Down 2021's Most Influential People

ICYMI, TIME Magazine's 100 Most Influential People In the World list for 2021 is out now.

Here's a breakdown of this year's list for you:

Basically all of those featured are using their influence for good. But some are influential for the wrong reasons (like Donald Trump - the feature on him isn't what you'd expect ... or is it?!)

Here's five of our favourite trailblazing women of colour that are featured:

Also, spotted on Meghan Markle on the cover of TIME: the pinky ring by Shiffon Co. - a woman of colour founded brand that's committed to empowering women and female founders.

You need to: Take a seat at Dora's Table.

For some of the most delicious and easy to make Mexican (and vegan) recipes. We're here for the red chile jackfruit tamales (apparently you can't even tell they're vegan) and the pineapple tepache - yum!

Let us know what you love and why here - we'd love to share your recos in Glowreel!

For this week's community feature, Lambropoulos shares why she started her podcast and how she hopes it will encourage more diversity in the urban planning field.

Why did you start the Urban Limitrophe podcast?

The podcast was inspired from realizing how there is a lack of African-centric examples of successful urban innovations and projects that are highlighted in professional and academic literature, courses, and media.

... Urban Limitrophe was born to celebrate the ingenuity and creativity of organizations and community groups across Africa (and the diaspora) in addressing critical urban issues such as climate change, food insecurity, and more!

What do you hope to achieve through the podcast?

Through the podcast, I hope to change the negative narrative and stereotypes about Africa and African people and challenge others to reconsider where innovative solutions to our complex urban problems can stem from. I also hope to develop social capital, which refers to the activities and interactions that form relationships between community members and create that sense of belonging that’s so important to making our cities look and feel vibrant ...

Lastly, I hope to introduce more people to the often misunderstood sector of urban planning and encourage more diversity in the field and in the perspectives discussing urban issues.

Do you have a favourite podcast episode?

Each guest shares such insightful and passionate responses that teach me so much about the topic we’re discussing whether it be skateboarding, African cuisine, or public libraries, but my current favourite is my latest episode titled: How the Mmofra Foundation is Designing Playful and Child-friendly Cities in Ghana.

I spoke with Amowi Phillips of the Mmofra Foundation ... Through her insights listeners can learn about playful cities through multiple dimensions ... and how when public spaces are developed for children and youth in mind (rather than ignoring them as is often done in city-building) it can benefit an entire community.

Image via Women Sound Off

Dolores Huerta. Union leader, civil rights activist, co-founder of the United Farm Workers’ Union and a role model to many

Huerta was born on April 10, 1930, in New Mexico. Her passion for advocating for workers was inspired by her mother.

Huerta started her career as a teacher in the 1950s. She pivoted to a career as an activist after seeing so many hungry farm children at school. She was ready to take action!

She co-founded the Stockton Chapter of the Community Service Organization (CSO) in 1955. The CSO fought for economic improvements for migrant farm workers. In 1960, Huerta co-founded the Agricultural Workers Association, which set up voter registration drives.

In 1962, Huerta co-founded the National Farm Workers Association, the predecessor of the United Farm Workers’ Union (UFW), which formed three years later. She served as UFW vice president until 1999.

Huerta is the creator of the phrase, "Sí, se puede" ("Yes, we can"). It's a phrase she's stayed true to throughout her career, despite the ethnic and gender barriers she faced

During '70s and ‘80s, Huerta lobbied to improve workers’ legislative representation. In the '90s and 2000s, she championed women's issues and worked to elect more Latinos and women to political office.

Fun fact: Huerta recently said she's "in awe" of Congresswoman Alexandria Ocasio-Cortez because of the conversations she's sparking in the US.

Huerta remains a role model to the Latino community and young women (including AOC!)

She's received multiple honours and awards for her incredible work. This includes the Eleanor Roosevelt Human Rights Award and the Presidential Medal of Freedom.

Her birthday, April 10, is also Dolores Huerta Day in California.

"Follow your dreams despite what other people think, and work toward them every day."
-Nydia Monarrez