Sadia Khanom, Ash Barty... BIPOC Women Cannes Do It All 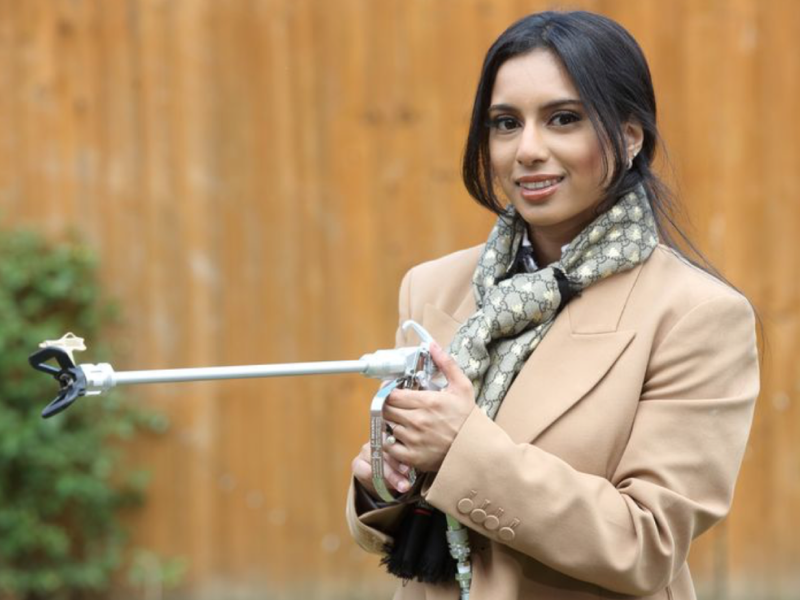 Oh and excuse the Cannes pun, but it had to be done! We've shared a short round up from the *fashion* ... I mean, film, festival.

Khanom, a 26-year-old scientist from the UK, has invented a game-changing spray as the world continues to battle COVID-19.

Voltique is a spray that attracts and kills all pathogens on any surface it is applied to for 14 days!

Khanom developed and tested Voltique while working at her parents' restaurant after putting her PHD on hold.

Voltique is now being trialled globally by some big names, like the NHS and NASA.

We have a feeling Voltique is about to become a household name, globally. Khanom also joins a growing list of women who are leading the fight against COVID-19.

Let's be real, Cannes is as much about the fashion as it is about the films. So we thought you might like to indulge in a little red carpet scrolling. Be sure to check out Masoom Minawala and Diipa Khosla who have been making waves with their outfits on the red carpet.

On the film front, Lingui, the Sacred Bonds is predicted to be a likely winner. The film is centred around a mother and daughter, played by Achouackh Abakar Souleymane and Rihane Khalil Alio who are both making their film debut. Lingui tackles the taboo topic of abortion in Chad - where abortion is only allowed in specific cases where a woman's life is in danger.

You need to try: Bush Medjina

Do you have a favourite book, tv show, movie, podcast, recipe or product that you want to share with the Glowreelcommunity? Let us know what you love and why here - we'd love to share your recos in Glowreel!

Ivy Chanel is a global voice!

US-born of African American, French, and Indigenous Native American descent, she is now based in the UK. The award winning singer's heritage is a big part of who she is as an artist.

"My multi-faceted heritage influences my musical work through positive lyrics, sounds, and beats ... my mother always told me, to embrace all of me, all cultures."

Chanel just released her latest single Make Me Wanna which is an expression of being loved through her musicality.

When she's not gracing the world with her powerful lyrics and beautiful voice, Chanel helps others live their musical purpose.

She's the Vocal Coach and Director of the Ivy Chanel Music Academy. The Academy helps transition singers from being amateurs to professionals and educates students on monetizing their gifts and caring for their vocal cords to have a sustainable career.

"I inspire and encourage all my students (emerging artists) to embrace themselves, be authentic and live their dreams to the fullest."

... "Fighting evil by moonlight, winning love by daylight, never running from a real fight, she is the one named Sailor Moon!”

Sailor Moon is one of the world's most recognised animes of all time.

It was created in 1991 and if you haven't watched it, you've probably at least heard of it. You know, the series about the 14-year-old Japanese girl who fought against evil, alongside her girl gang, in the name of the moon.

She was always passionate about manga and was part of the astronomy and manga clubs in high school.

The manga industry in Japan is highly competitive, so Takeuchi's father encouraged her to consider an alternate career path in case becoming an artist didn't work out.

Fortunately, Takeuchi's career as an artist did work out, in fact, it flourished!

She entered the manga industry after she submitted her work Love Call to Kodansha, a publishing house. Sailor Moon was born soon after and was hailed for its characters and character growth, the fashion, and the deep female friendships highlighted in the series.

Takeuchi is also the creator of well known mangas, including: Prism Time, Chocolate Christmas, Maria, The Cherry Project, Miss Rain, PQ Angels and Love Witch. But back to Sailor Moon ...

Many of Takeuchi's older male colleagues tried to dictate her characters' appearances and attributes in Sailor Moon. They wanted Takeuchi to ensure the characters fit into typical manga stereotypes.

Instead, Takeuchi created a girl gang where every character had her own superpower and was considered beautiful, instead of stereotyping her characters.

Since Sailor Moon was created, the series has gone on the sell 35 million copies.

"You are valued, you are a goddess and don't forget that."