Rihanna Is A Billionaire, And Riana Is "Tired Of The Bulls***" 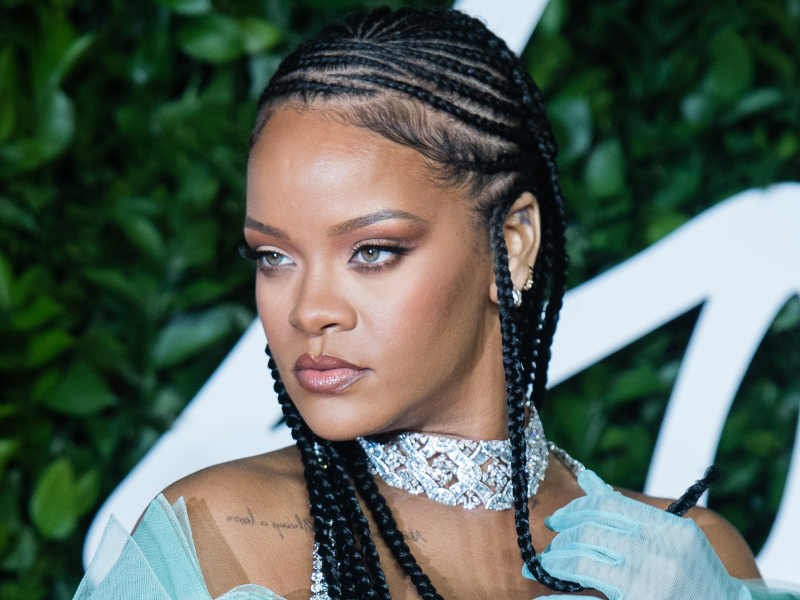 Riana Singh is also making headlines for calling out the catcallers while Lizzo just delivered a Ted Talk on Twerking.

On the finance front, Tonya Rapley is also helping you become financially free, just as Madam C.J. Walker did in the 1900s.

P.S. I know how much you loved last week's post about BIPOC women at the Olympics. Keep your eyes peeled for a second round up later this week!

August is Black Business month in the US. It's an opportunity to learn about, recognise and support Black-owned businesses.

Nikki Porcher's Buy From A Black Woman initiative is helping to change the retail landscape.

Looking for funding for your business? Here are all the resources you can access.

Meanwhile, Rihanna just hit billionaire status, worth $1.7 billion. She's the the wealthiest female musician in the world and second only to Oprah Winfrey. Side note: the bulk of Rihanna's fortune (an estimated $1.4 billion) comes from the value of Fenty Beauty.

You need to watch: Self Made: Inspired by the Life of Madam C.J. Walker

Starring Octavia Spencer, this limited series shares the story of Madam C.J. Walker and how she became one of the first female self-made millionaires.

P.S. Scroll through and read all about Madam C.J. Walker in this week's historical woman feature too!

Tonya Rapley used to live pay check to pay check while working at a not-for-profit and living in New York City.

She wanted to break this cycle, but couldn't find a financial resource tailored to millennials. So, she created her own!

In 2013 she launched My Fab Finance. Rapley had one goal in mind: to help millennial women around the world "break the cycle of living pay check to pay check so that they can become financially free and do more of what they love."

She's been kicking that goal ever since. Rapley is now known as the "Millennial Money Expert".

The My Fab Finance website includes free tools and resources to help you become financially savvy, and in 2019, Rapley published The Money Manual: A Practical Money Guide to Help You Succeed On Your Financial Journey.

Oh, and she also co-founded the FinTech app, FOAM, that's helping to change the way students experience and pay for college.

Empowered women empower women and we love to see Rapley doing just that!

Madam C.J. Walker was one of the first Black female millionaires who was also well known for her philanthropy and activism

Originally named Sarah Breedlove, Walker was born in 1867 to parents who were former slaves.

Her parents died when she was seven, and she married her first husband at 14. She changed her name to Madam C.J. Walker after her third marriage to Charles Joseph Walker in 1906.

In 1906 Walker decided to create hair care products for Black women after a scalp disorder caused her to lose much of her own hair. Her business model was revolutionary.

She created Madam Walker’s Wonderful Hair Grower, a line of hair care for black women that promoted a healthy scalp and hair growth through a shampoo, a pomade and iron combs.

Walker initially sold her homemade products directly to Black women. She also leveraged the power of advertising and promoted her products in African-American newspapers and magazines. She incorporated the Walker Manufacturing Company in 1910.

Between 1911 - 1919, Walker trained around 20,000 black women in her hair care methods through hair-culture colleges that she founded. Known as “Walker Agents”, these women helped expand her brand throughout the country.

She supported Black women to become financially independent by showing them how to budget and build businesses. She also donated generously to educational causes and Black charities, including the NAACP and the Black YMCA.

At the time of her death on 1919, Walker was the wealthiest African-American woman in the US.

Her company ceased operations in 1981. In 2013, with the approval of Walker's great-great-great granddaughter, Sundial Brands bought Madam C.J. Walker Enterprises.

They relaunched the company as Madam C.J. Walker Beauty Culture in 2016, and then again in 2019 with a line that offers eight new products.

Per this week's reco, to learn more about Walker, check out Self Made: Inspired by the Life of Madam C.J. Walker on Netflix.

“Just don’t give up what you’re trying to do. Where there is love and inspiration, I don’t think you can go wrong.”
‍
-Ella Fitzgerald