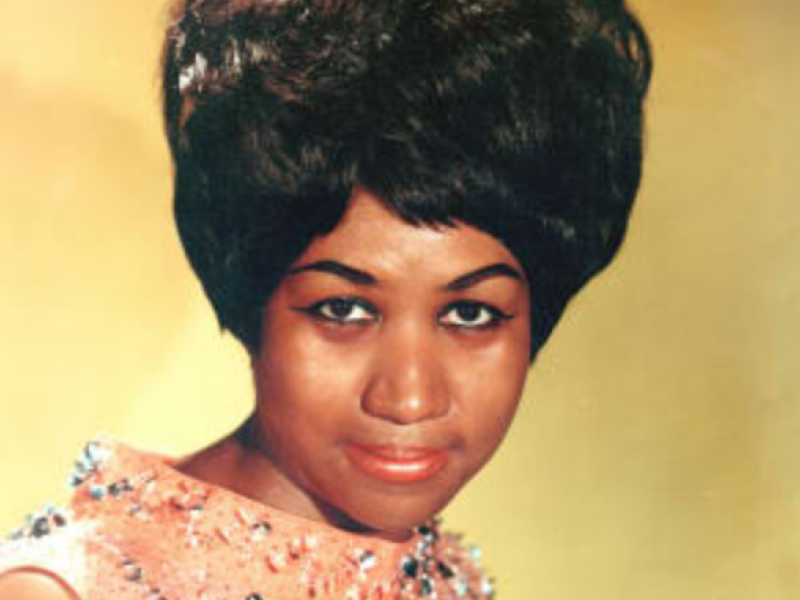 Respect. That's the theme of this week's newsletter.

Oh, and respect for the Queen of Soul, the voice behind Respect, the one and only Aretha Franklin.

We've covered some excellent stories this week, so let's get to it and ...

BIPOC Women Deserve To Feel Safe And Recognised In The Workplace

Back to Australia, where women are calling for workplaces to be more safe and respectful for women of colour. Like Cathy Ngo, the CEO of a public speaking agency, who once had a colleague pick her up and throw her over his shoulder, shouting "I love Asian women" at a Friday night drinks (all together now, and *collective facepalm*).

There's so much work to do, clearly. Sharing our experiences and calling for change is a starting point for workplaces to understand diversity and commit to action.

Meanwhile, Sarah Loh and Asako Hoshino have broken down race and gender barriers in their respective (and male-dominated) fields. We love to see it!

These Books Are Making Sure Kids In the Diaspora Are Represented

Joanna Ho, the author behind Eyes that Kiss in the Corners announced that the next book in her series, Eyes That Speak To The Stars will be released in January 2022.

Representation matters, especially for children! For more on children's books that are all about representation, check out Laura's Little Bookshelf.

You need to watch: Fardosa

The short coming-of-age fiction film is about a Finnish-Somali teenager (Fardosa) in Helinski. The film has an ethereal feel to it and explores Fardosa's identity and her experience of life and relationships growing up as a teen in Helsinki.

Fun fact, the entire cast consists of Finnish-Somali non-professional actors, and they are brilliant!

Tia Wood: Sharing The Beauty Of Her Culture And Heritage

June is National Indigenous History Month in Canada so what better time to spotlight Tia Wood.

The 21-year-old singer and content creator is of Cree and Salish descent and leverages her work and social media platforms to shine a light on her Indigenous culture and history.

Wood shares that growing up both Cree and Salish was a blessing. It allowed her to learn about two very different tribes and teachings, and combine them into one.

Wood realised there was an opportunity to help others learn about the cultures she'd grown up with.

She saw a lack of awareness among non-Indigenous people on social media in particular: "things such as cultural appropriation and issues happening inside the Indigenous community, and stereotypes in the mainstream media."

For Wood, one of the most rewarding parts of using social media to spread awareness of Indigenous culture has been connecting with a broad range of people.

"We’re not only teaching our own Indigenous peoples, but also people from all walks of life as well who may not know the very basics of the culture."

She also uses her Indigenous regalia as a way to connect to her culture, while decolonizing fashion!

"I love dressing up and adding an Indigenous flair to my everyday wear, because I feel it’s a way of decolonizing and Indigenizing a universal language, which is fashion."

Let’s talk about the legend that is Aretha Franklin, one of the most successful and recognised female recording artists in history.

Among her many accolades, Franklin was ranked number one on Rolling Stone’s 100 Greatest Singers of All Time list in 2010.

Music was a part of Franklin's life from a young age, seeing her through a tumultuous childhood

Born in 1942 in Memphis, Tennessee, Aretha Franklin was the daughter of a Baptist preacher father and a piano-playing vocalist mother. Franklin’s musical career began in her youth singing gospel songs in church - recording her first gospel album at age 14.

Although Franklin was very involved in music from a young age, her youth was incredibly challenging. She lost her mother at age 10 and gave birth to her first child at 12 years old and her second at 14.

Franklin barely spoke about her personal life and preferred to let her music speak for itself.

Her 1967 Cover of Otis Redding’s Respect became an anthem for women’s liberation and civil rights, contributing to her title of ‘Queen of Soul’

Franklin went on to have a full career and a discography spanning over five decades.

Think, Respect, You Make Me Feel Like A Natural Woman and I Say A Little Prayer are among some of her popular hits. Some of her most famous songs are actually covers and are arguably more popular than the original recordings!

Her father was a friend of Martin Luther King Jr and he helped organise the 1963 Detroit Walk to Freedom with Franklin following in her father’s footsteps.

From the 1960s Franklin refused to play for any racially segregated audiences. Civil rights activist Reverend Jesse Jackson stated that Franklin helped pay for many civil rights tours and campaigns while King was still alive.

She was known to hold free concerts, house activists and help with fundraising activities. Civil rights leader and Congressman John Lewis said “[Franklin’s] music was deepened by her connection to the struggles and the triumphs of the African American experience".

You can learn all about the Queen of Soul in the upcoming Biopic Respectwhich is due for release in August 2021.

“You can fall, but you can rise also"