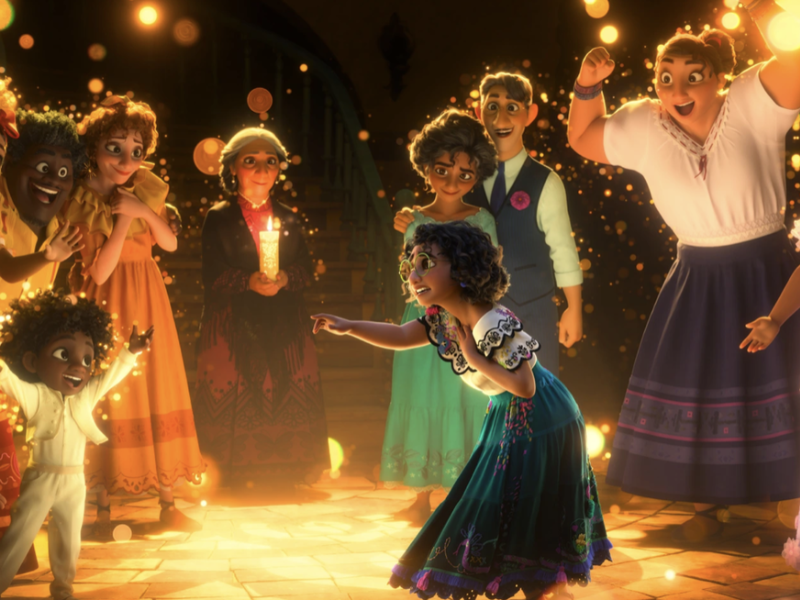 This week's newsletter is a special edition! The Community Spotlight and the Historical Woman feature were both written by Daisy Truong - who has been on a work experience placement with Glowreel (thanks to Commsgrad).

Alice Pung - who happens to be one of Daisy's idols - is this week's community feature. I'm so thrilled that Daisy got to interview the Melbourne based writer, teacher and solicitor. You can catch some snippets in the Community Spotlight section, and the full interview is up on the Glowreel website.

Meanwhile, this week's news round up is all about representation - because BIPOC women have achieved some epic firsts!

Side note - it's December which is one of my favourite months of the year because Xmas drinks and candles are everywhere. I can never get enough of gingerbread flavoured and scented things. I share this with you because a) I'd love to know if you agree?! and b) keep an eye out for our inaugural Xmas gift guide (it'll have a Glowreel spin of course).

Ok, and let's get glowing!

P.S. Speaking of Xmas, in this week's cute moment, 1.5 year old Kiki decorated her Xmas tree for the first time and she LOVED the process (I bet you can't help but smile and say "awww" when you watch the video 🥰)

The Movers And Shakers Of Representation

Representation is the name of the game this week! BIPOC women have been breaking glass ceilings (and snow ceilings!) with a whole series of firsts.

First up, President Biden has nominated Shalanda Young to be Director of the White House Office of Management and Budget and Nani Coloretti as Deputy Director. Assuming their appointments are confirmed by the Senate, Young will become first Black woman in charge of the Office, and Coloretti, who is Filipino American, will be one of the highest-ranking Asian Americans in government.

Meanwhile, Harshwanti Bisht just broke the snow ceiling... she's the first woman to ever be president of the IMF. Ok, not the IMF - we're talking about the Indian Mountaineering Foundation! Snow ceiling reference make sense now?!

In the arts and entertainment space, Charise Castro Smith shares her journey of becoming the first Latina woman to co-direct a Walt Disney Animation Studios film (she's co-director of Encanto, out on 2 December). "I’m glad the milestone has been reached but let’s break down this barrier as soon as humanly possible because there’s no reason for me to be the first and the only."

You need to read: Minor Details by Cat Yen

Cat won a recent emerging writers competition by SBS. You'll see why after reading her raw and honest account of a marginalised woman who is so focused on survival that she doesn't dare allow herself to chase her dreams.

When she sees herself through the eyes of her middle-class boyfriend, it prompts her to re-examine not just her own life, but that of her migrant parents who came to Australia chasing their own dreams.

A Literary Icon: In Conversation With Alice Pung

Meet Alice Pung - a Melbourne born and based writer (and literary icon!), teacher and solicitor. Alice's first memoir, Unpolished Gem won the 2007 Newcomer of the Year Award in the Australian Book Industry Awards.

We caught up with Alice to hear more about her newest book release One Hundred Days, and how her family's experiences have shaped who she is today. We've shared some interview snippets below. You can catch the full interview on our website.

I grew up in the Western suburbs of Melbourne, in Braybrook and Footscray.

I now have three children and work in the area of minimum wages and employment law. This doesn't give me much time to write, so writing is my joy and hobby!

Congratulations on your recent book One Hundred Days!Can you tell me more about it and what you hope to achieve with it?

One Hundred Days is about a pregnant teenager grappling with a very controlling immigrant mother who wants 'the best' for her, so locks her up in the fourteenth floor of their housing commission flat.

I wanted to explore whether love can co-exist with control, and the impossibility of controlling another human being, even if they are your child. And I also wanted to explore how much agency a child of immigrant can have despite the limitations of their circumstances.

You're an inspiration for so many Asian Australian girls, myself included. Who are some BIPOC women that inspire you?

Oh thank you so much Daisy! I am inspired by so many wonderful BIPOCs - recently, I read two excellent books - one called Emotional Female by Dr Yumiko Kadota, and the other 'The Mother Wound' - both of these were truly inspiring.

And of course the younger generation of Asian Australian writers who have come after me. They are truly fearless and frank and venturing in exciting new directions.

The full interview with Alice is available here. In addition to the snippets above, Alice shares more on her family experiences and her previous books (including one that's being adapted into a play!)

Whitney Houston: The Greatest Singer Of Her Generation

Whitney Elizabeth Houston (1963–2012) was an African American singer and actress. She sealed her name into the Rock & Roll Hall of Fame as the greatest singer of her generation with numerous record-setting achievements throughout her career. Most notable are her Billboard Hot 100 chart-topping hits like Saving All My Love For You and I Wanna Dance With Somebody (Who Loves Me). She was also the first female artist to enter the Billboard 200 album chart at #1 with her second album, Whitney.

Aside from her tremendous musical feats, Whitney established the Whitney Houston Foundation For Children Inc. in 1989. The Foundation is a non-profit organisation concerning issues like homelessness, children with cancer and AIDS, and other issues of self-empowerment.

"Success isn't about the end result, it's about what you learn along the way."