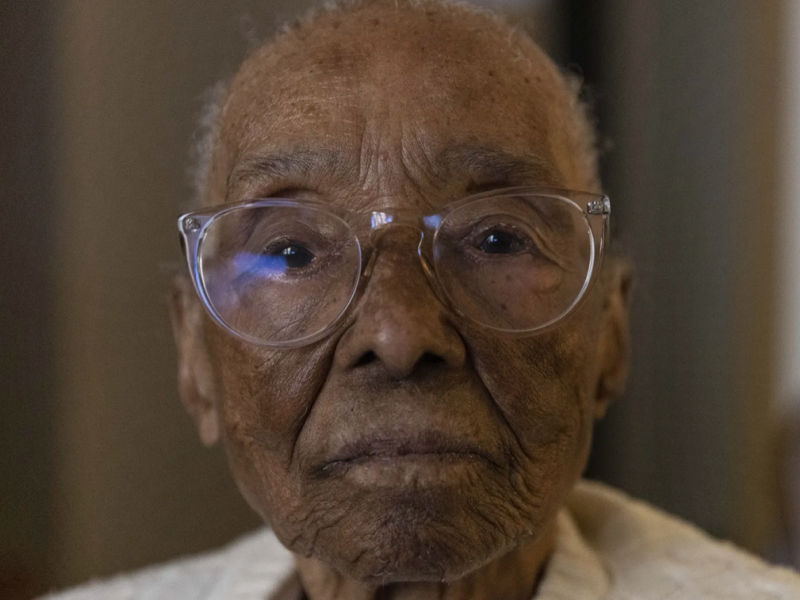 Welcome to this week's Glowreel, and to South Asian Heritage Month!

We've included some detail on how you can participate in South Asian Heritage Month events, and have spotlighted a few South Asian women in this week's newsletter.

Meanwhile, Edith Renfrow Smith has been making headlines after turning 107 - she's had quite the life so far.

Rebecca Willink is also making headlines for her Make The Space campaign, and the Female Founders Fund just raised a whole lot of money for BIPOC women founders.

Running from 18 July to 17 August, South Asian Heritage Month seeks to raise the profile of South Asian heritage and history in the UK.

A series of events are held in the UK during South Asian Heritage Month to celebrate, commemorate and educate. Not based in the UK? No worries! Some of the events are also available online.

Meanwhile, in the land down under, the Australian South Asian Centre is hosting their free online event: We will write our own stories – South Asian Woman Authors. The event will be held on 22 July, from 7-8pm AEST. Register for free now, you don't want to miss this one!

Edith Renfrow Smith Reflects On The Past 107 Years

If you haven't heard of Edith Renfrow Smith, you need to catch up on the news about her asap!

Smith was the first Black woman to graduate from Grinnell College in Iowa where she met Amelia Earhart! And she just turned 107 years old.

She's reflected on her life so far, from her grandparents being born into slavery through to her time at Grinnell (and all the other famous people she met).

Her top tip for a long life? "Have respect for yourself". We love to hear it!

You need to read: The Henna Artist by Alka Joshi

Joshi's debut novel follows the story of a young woman, Lakshmi, who secretly escapes from her abusive marriage to become a henna artist in 1950s Jaipur. The story highlights the struggles of the independent woman in a traditional and conservative society.

Do you have a favourite book, tv show, movie, podcast, recipe or product that you want to share with the Glowreel community? Let us know what you love and why here - we'd love to share your recos in Glowreel!

Willink spent her teenage years struggling to find the right foundation shade for her skin tone.

Fast forward 20 years later and not much has changed. "There are still no shades darker than beige available in any brand in supermarkets ... and department stores like Target and Big W."

Earlier this year, Willink went to purchase products from MCoBeauty (stocked exclusively by Woolworths/Big W) to find that stores only stocked 4 out the 13 available shades. While Willink notes she could have purchased from the MCoBeauty website, it would have meant she was paying a higher price to try out products, compared to the sale price at the supermarket.

In April this year, Willink launched a petition calling for an inclusive range of beauty products for all skin colours in Australian stores.

"My motivation was to highlight the inequality in access to affordable products for people of colour and also the lack of representation of people of colour in the beauty industry in general.

To date, the petition has received over 5000 signatures and Willink has received an initial response from the two big Australian supermarkets: Woolworths and Coles.

From late-August Woolworths will be offering 31 additional tones in Maybelline's Fit Me Matte & Poreless range. These will be available for online orders in select metro areas in New South Wales and Victoria.

Coles will be offering the full range of the Maybelline Fit Me Matte & Poreless Foundation, online and in-store, for a three month trial period from late-August.

"If these companies want to see demand, let’s show them as a collective that we have had enough of being on the outer and want to finally be seen."

You can support Willink's petition by signing it here, and follow her Instagram page @makethespaceaus for more updates!

Benazir Bhutto: The Woman Who Achieved Many Political Firsts

Bhutto achieved many firsts in her lifetime, starting from her time at university through to her time in office as a political leader

She was born in Karachi, Pakistan in 1953 to a prominent political family.

Between 1969-1977 she obtained degrees from Harvard (Bachelor of Arts) and Oxford (International law and diplomacy).

While at Oxford, Bhutto became the first Asian woman to be elected President of the Oxford Union debating society.

At 35 years old, Bhutto was also the youngest elected leader in the Islamic world, and the world's youngest Prime Minister at the time.

"The people of Pakistan had rejected bigotry and prejudice in electing a woman Prime Minister." (Bhutto, on becoming Prime Minister in her autobiography).

She was dismissed in 1990 after less than half a term as prime minister by the sitting President of Pakistan, amid charges of corruption and incompetent governance. Bhutto initiated an anti-corruption campaign and was re-elected in 1993. She served as Prime Minister for a second term until 1996.

During her time in office, Bhutto was a champion for democracy and modernisation. She made hunger, housing and healthcare her top priorities, brought electricity to the countryside and built schools all over Pakistan.

The next head of government to give birth while in office was Jacinda Ardern - nearly 30 years after Bhutto became the first!

Bhutto gave birth to one of her daughters in 1990, while she was Prime Minister. She'd also given birth to her son in 1988, while she was campaigning for that year's election.

Bhutto is remembered as a symbol of women’s empowerment, and her career has been celebrated as a triumph for women, particularly women in the Muslim world

She was assassinated in December 2007, but her legacy remains.

Bhutto empowered an entire generation of women to enter the democratic political landscape and inspired a number of activists, including Malala Yousafzai.

"Being able to see yourself in every woman regardless of race, class, religion... when that happens empowerment is just a byproduct."