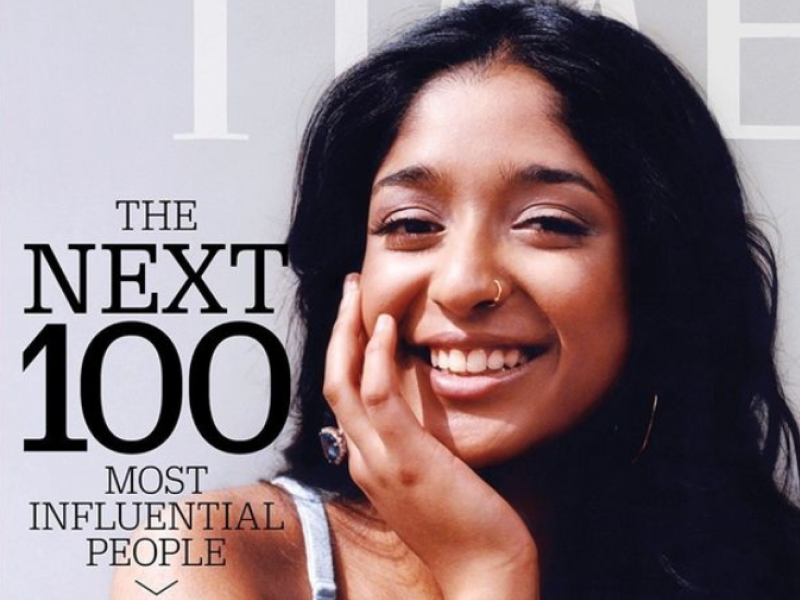 TIME Magazine's list of the next 100 most influential people is out now and it has left me feeling inspired! We've broken down the list for you, and shared stories about women who are aiming high and kicking goals all round.

You'll notice some tweaks to our newsletter this week. Including a new recommendations section! This week's recommendations are thanks to Glowreel community member Sruthi. She's a book aficionado and has an exciting list of recommended reads for you. Thanks Sruthi!

P.S: Thank you to everyone who has provided feedback on our newsletter so far. Keep it coming, we love to hear it so we can grow and glow with you.

Emerging Leaders Across All Industries Are Paving The Way Forward

TIME magazine released its second annual TIME100 Next list. It's an expansion of the flagship TIME100 franchise and highlights the next 100 emerging leaders across a broad range of industries who are shaping the future.

“Everyone on this list is poised to make history ... and in fact, many already have," says Dan Macsai, editorial director of the TIME100.

The list features a diverse mix of emerging leaders

There's also a decent age mix in the list, and featured emerging leaders are from a broad range of countries.

Maitreyi Ramakrishnan features. Her feature is written by Mindy Kaling who highlights that Ramakrishnan cares about the material she’s performing, and what it’s saying. "She has an activist’s heart and wants to use her platform to help others."

Amanda Gorman also features - obviously, 2021 is the year of Amanda Gorman after all. Her feature calls out the "clear-eyed hope" she provided to a "weary nation" when delivering her Inauguration Day poem.

Author of The Vanishing Half, Brit Bennet, Climate activist Vanessa Nakate and politicians Guo Ningning and Dr. Ayesha Verrall also feature. You can read about the 100 Next Leaders here.

You Need To Read

In honour of the Lunar New Year, Glowreel community member Sruthi has shared her top 10 books by leading female, asian authors. One of our personal favourites from the list is Little Fires Everywhere by Celeste Ng (it's so good, you can't put it down!)

You can check out the list here. Let us know which book(s) you'll be reading next!

Did you know that around 70% of women worldwide lack financial literacy?

In 2019 Mariam Mohammed and Mellisa Ma discovered a need for financial education targeted at young women embarking on their new careers. And so, MoneyGirl was established.

MoneyGirl aims to empower women to gain financial freedom through fun and accessible workshops and by cultivating a community of supportive, like-minded peers. So put your money where your mouth is and check out MoneyGirl - you (and your bank account) won't regret it.

Trinity Mouzon Wofford Has Set The Golde Standard In Wellness

Woofford was only 23 when she launched her wellness line, Golde, from a
1-bedroom apartment in Brooklyn in 2017.

Wofford is on a mission to make wellness easy, accessible and fun for all. Golde's products are a celebration of superfoods to boost your daily routine, from morning smoothies to skincare.

Golde is now stocked at Goop and Urban Outfitters and Wofford is just getting started!

Junko Tabei had her sights set high from the get go.

Tabei faced a lot of sexism from male mountaineers and in 1969 established the women's only Joshi-Tohan Club (Women's Mountaineering Club). In 1975, Tabei and 14 other women from her club decided to tackle Mount Everest. Tabei was nominated to climb to the peak of Everest, making her the first woman ever to do so.

She continued her mountaineering pursuits over the years. In 1992, following her successful climb of Puncak Jaya in Indonesia she became the first woman to complete the Seven Summits challenge!

Always aiming high, she had a personal goal of climbing the highest mountain in every country in the world. By the end of her lifetime (2016) she had completed at least 70 of these mountains.

“Greatness is not measured by what a man or woman accomplishes, but by the opposition he or she has overcome to reach his or her goals.”