Meet The Grandmother Of Juneteenth 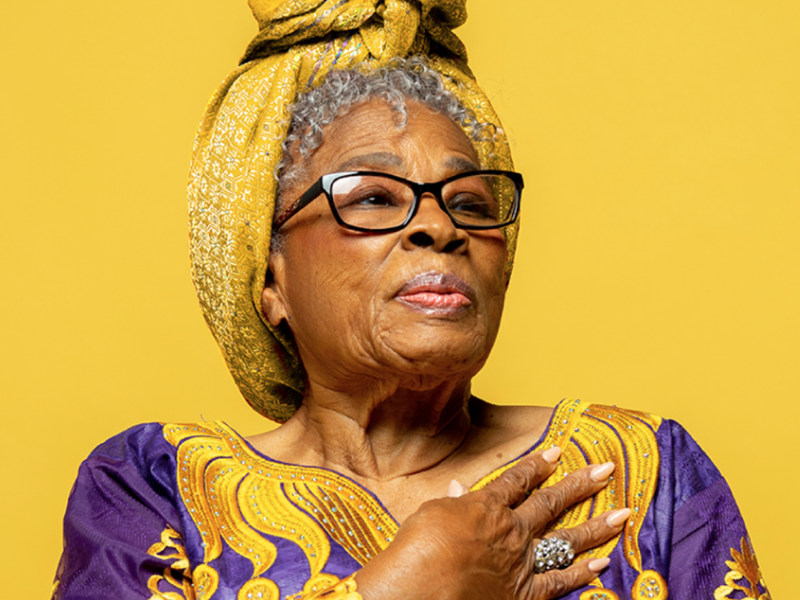 Happy Monday and welcome to this week's edition of Glowreel.

Did you know that June is National Indigenous History Month in Canada? We've shared some of the Indigenous change-makers that you need to know.

Meanwhile, Jameela Jamil is stepping into the Marvel Universe and you know she's going to be epic. We also caught up with the ladies behind The Spill and they've shared how and why they got started, and their favourite stories.

ICYMI Juneteenth just became a nationally recognised public holiday in the US. And we have the incredible 94-year-old Opal Lee to thank for that! We've shared the story of her activism and what's next on her agenda in this week's historical woman feature.

These Change-Makers Are Breaking Barriers For Indigenous People In Canada

June is National Indigenous History Month in Canada, which is dedicated to learning about and celebrating the culture and contributions of Canada's First Nations, Inuit, and Métis people.

Sarah El Gharib has compiled this list of ten Indigenous activists and artists who are breaking glass ceilings and making waves in their industry for Global Citizen.

The list includes some of our existing favourites like Shina Novalinga - who we recently did a feature on, and Shayla Stonechild who shares all things wellness from a First Nations perspective. You're about to learn about some incredibly talented Indigenous people!

From A GoFundMe Page To The Black LGBTQIA+ Therapy Fund

June 2020 was a heavy time. Rose Frimpong in the UK was having a hard time processing the trauma from everything happening in the world. She also felt triggered by some of the experiences she faced as a queer woman.

“I felt like I was in a really low place during that time and if I'm in a low place, other people like myself must be as well.” So, Frimpong set up a GoFundMe Page with aim of raising £1,000 so she could help send two people from the LGBTQIA+ community to therapy.

Fast forward a year later to June 2021 and money raised via the GoFundMe page (close to £85,000) has surpassed expectations! Frimpong is now dedicated to the Black LGBTQIA+ Therapy Fund full-time and is turning it into a full blown charity, creating a safe space for Black LGBTQIA+ people and their mental health.

You need to read: Washington Black by Esi Edugyan.

From the sultry cane fields of the Caribbean to the frozen Far North, Washington Black tells a story of friendship and betrayal, love and redemption, of a world destroyed and made whole again - and asks the question, what is true freedom?

Spilling The Stories By And For Marginalised People

Meet Chourouk Gorrab (pictured on the left) and Jennifer Hakim (pictured on the right), co-founders of The Spill - an online publication in the UK committed to amplifying the voices of people who have been pushed aside for too long.

Gorrab and Hakim met in 2011 and bonded over their shared passions ... eventually leading to the creation of The Spill

"What started as a regular friendship turned into something deeper as our common interests in social and racial issues, sustainability, and fashion got us to spend more time together."

Gorrab and Hakim had previously brainstormed a sustainable activewear business idea together. But 2020 and the COVID-19 pandemic was a real catalyst for change.

"What the pandemic took away from people in loved ones, disparity, human contact, and so much more, offered us the blessing of time and reflection."

Drawing on their backgrounds in PR, Marketing, and Communications, Gorrab and Hakim launched The Spill in January 2021

The publication aims to share stories about life experiences, culture, arts, politics, the environment, and explorations of the self, by people who have been subject to stigma and been boxed up for too long.

We asked Gorrab and Hakim to share their favourite The Spill story so far.

"It’s difficult to pick only one story as so many of these stories spoke to us in different ways," says Gorrab. "If we were to pick one story each, it would be for me, How Distance Brought Me Closer to the Cuisine of My Disappearing Minority ... it addresses and intertwines different subjects that are close to my heart: immigration, identity, and food."

Hakim's favourite story is An Interview With Taylor Small. "Her win is historic as she is the [state of Vermont's] first openly transgender legislator and fifth in the United States."

Their advice for starting your own business?

"Don’t hang on to the fear of starting your own business, or sharing your story."

Their key tips include building a business plan, speaking to people you trust and engaging with your community and those sharing the same vision.

Opal Lee: The Grandmother of Juneteenth

Juneteenth is a combination of 'June' and 'nineteenth'. It recognises the date in 1865 that enslaved African-Americans in Galveston, Texas were told that they were free.

ICYMI, President Biden and Vice-President Kamala Harris have signed a bill into law making Juneteenth a federal holiday in the US.

And now that we've provided some context, let's get back to Lee!

In 2016, 89-year-old Lee walked from her home in Fort Worth, Texas, to Washington DC in an effort to get Juneteenth named a national holiday

The former teacher and lifelong activist grew up celebrating Juneteenth in Marshall, Texas.

Lee only learned the true significance of the day as an adult. To educate others on its history and significance, she helped organise citywide Juneteenth festivals that were attended by thousands of people.

She also hosted an annual 2.5-mile walk to commemorate the history of the ~250,000 enslaved people in Galveston, Texas, who didn't learn of their freedom until two and half years after the Emancipation Proclamation.

Then she turned her focus nationally, pledging to walk 1,400 miles (~2250km) from her Texas home to Washington DC.

Recognising Juneteenth as a federal holiday is a start, but there's more work to be done

Following years of activism, the now 94-year-old Lee is delighted that Juneteenth is now a nationally recognised holiday, but that doesn't mean she'll be sitting back and relaxing.

Lee wants to ensure future generations know about history of Juneteenth. She's written Juneteenth: A Children's Story to highlight the celebration of Juneteenth and the importance of commemorating the milestone all across America.

Her next mission is to ensure that people recognise that Juneteenth isn’t just a Texas holiday, or a Black holiday, but an American holiday. “Black people weren’t free on the Fourth of July ... I’m even advocating having the celebration from the 19th of June to the Fourth of July.”

“We're all under the same sky and walk the same earth; we're alive together during the same moment.”