Listen Up Ladies, It's Time To Be Bold 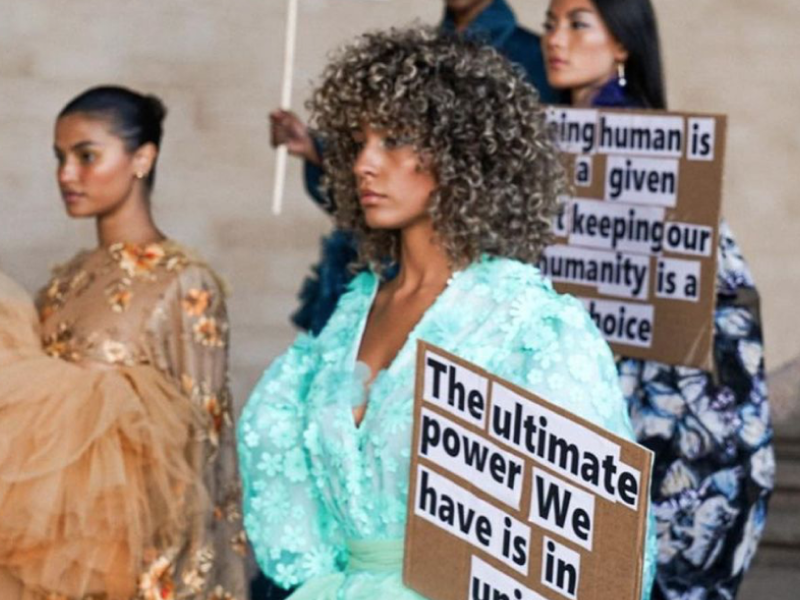 Be bold. That's what you will take away from this week's newsletter. From music, fashion, beauty and YouTube through to sports and the women's suffrage movement. It's all about boldness!

Be sure to check out this week's interview with Sarrah Kimti, founder of Valere Beauty. You’ll learn more about her how and why, and receive a 15% off discount code!

P.S. Glowreel is now on Tik Tok... Like most millenials, I don't know what I'm doing on this app! But it's kinda fun - come say hi!

Sing A Song, Strike A Pose, Make A Statement!

This week is all about being bold and having your message heard.

On the music scene, and in honour of Te Wiki o te Reo Māori 2021 (Māori Language Week in Aotearoa New Zealand), some New Zealand artists have re-recorded their tracks in te reo Māori. They're supporting a bilingual musical landscape.

Anna Coddington just released a new single called Aho / Beams. She's also on a mission to normalise speaking in te reo Māori. "I try really hard to speak Māori to [my children] in public places so they feel it's a language for everywhere."

Over in the land of fashion, Louise Xin is changing the world through couture. Her label focusses on sustainability and supporting human rights. "I’m not a politician but I’m a designer so I came up with the idea that I can use my designs to bring about change."

ICYMI, this year's Met Gala (aka, the 'Oscars of fashion') is all about spotlighting the creativity and talent of designers of colour. Amanda Gorman and Naomi Osaka are all set to host the Met Gala, alongside Billie Eilish and Timothée Chalamet, on Monday 13 September at 5.30pm EST.

Finally, a new editorial platform for BIPOC creatives just launched in Australia. Catch all the action over on Unseen Journal!

You need to read: For Brown Girls with Sharp Edges and Tender Hearts: A Love Letter to Women of Colour by Prisca Dorcas Mojica Rodríguez.

Rodríguez's book guides women of color toward a sense of pride and sisterhood through storytelling. She crafts powerful ways to address the challenges Brown girls face, from imposter syndrome to colourism, and empowers women of colour to decolonize their worldview.

Let us know what you love and why here - we'd love to share your recos in Glowreel!

Born and raised in the UK, and now living in Australia, Kimti is obsessed with tea ("Coffee? I could never."). Fun fact: Kimti used to be a part time bridal henna artist!

For this week's Glowreel Community Feature, Kimti shares what inspired her to start her own skincare brand, and how it's all going.

What inspired you to start your own skincare brand?

Kimti was inspired to start Valere for two reasons:

"I wanted to create a brand that focusses on losing the confusion around skincare – going back to basics ... All the while keeping the Valere skincare community at the forefront – involving you guys in the brand decisions, taking you guys through the behind the scenes, and giving you the love and recognition that you deserve."

How is Valere Beauty different from other skincare brands?

"Valere is about the essentials of skincare – cleanser, moisturiser, SPF – and then some goodies that you can add into your routine to target more specific skin issues."

Kimti notes that her products will be formulated for sensitive skin, and packed full of Australian ingredients that are packed powerful nutrients and antioxidants, aka 'A-Beauty'.

Valere is also community driven. Kimti is taking her audience on the journey with her as she builds and launches Valere.

When is Valere Beauty expected to launch?

Kimti shares that there's one pre-launch product that's coming out VERY soon. Sign up here to be in the know when it launches, and to receive a 15% off discount code

The skincare range is expected to launch at the end of this year. We can't wait!

Any advice for someone wanting to launch their own business?

"Don’t be disheartened with setbacks. They happen with every business. Be resilient, bounce back, and try even harder. It’s not easy, but focus on your ‘why’ – why you started the business in the first place, and focus on the end goal, and you’ll be great"

Meri Te Tai Mangakāhia: The Suffragette With Leadership In Her Blood

Meri Te Tai Mangakāhia was one of the leaders of New Zealand's suffrage movement in the 1890s. She led work to create fairer laws around Māori women’s rights to govern

She was the great-grandchild of Nga-kahu-whero, a wahine (woman) Māori chief. Leadership ran in her blood.

Her husband was a prominent Māori chief. He was elected as the first Premier of Te Kotahitanga, the independent Māori Parliament in New Zealand, in 1892.

Mangakāhia became the first woman to address Te Kotahitanga in 1893, calling for Māori women to be allowed to vote for, and stand as, members of the Parliament

Māori women had traditionally been landowners, but under Colonial law they were losing their land. She felt that Queen Victoria might respond better to requests to resolve land disputes from other women (the men weren't having much luck!)

“There have been many male leaders who have petitioned the Queen concerning the many issues that affect us all ... Perhaps the Queen may listen to the petitions if they are presented by her Māori sisters, since she is a woman as well.”

Women won the right to vote in the general elections in New Zealand in 1893. Mangakāhia continued to advocate the men sitting on the Kotahitanga Parliament.

Following the success of her advocacy in 1897, she joined the women's committee of the Kotahitanga movement. She remained involved in Māori politics and welfare movements before she passed away in 1920.

Mangakāhia is remembered as a pioneer of Māori women’s rights.

"You are your best thing."
-Toni Morrison