India is hurting. She Needs You. 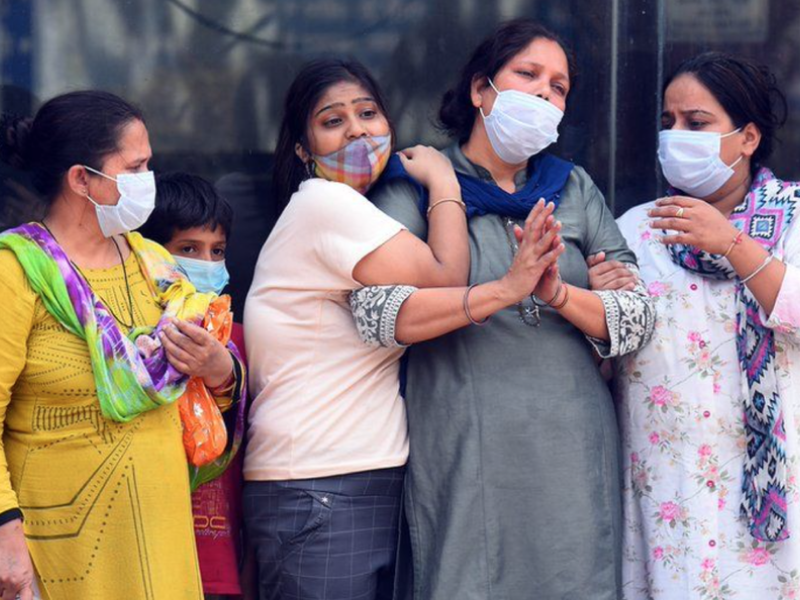 How is it May already?! I swear it was February two days ago. May is Asian American and Pacific Islander Heritage Month in the US and we're looking forward to sharing stories from the wonderful women in these communities through this month.

This week's main story is India - she needs our help as she battles a massive COVID-19 outbreak. We've shared some ways you can assist.

We're also celebrating the history making wins from the 2021 Oscars, with a special feature on Ma Rainey, talking about real life Wonder Women, celebrating health and wellness and cheering on a series of firsts for some trailblazing women.

The situation is dire, with one person dying every five minutes. Hospitals are overwhelmed, the healthcare system is collapsing and there are oxygen and vaccine shortages.

We've all been living through the COVID-19 pandemic. Many of us have spent months in lockdown, worried about what could happen in an outbreak that threatens the lives of our loved ones, or overwhelms the healthcare system.

India needs our help. If you have the means to donate, please do so. Spreading the word is also helpful!

Not sure where to start? The diaspora is doing what it can to spread the word and raise funds.

Entrepreneur and fashion blogger Masoom Minawala Mehta created this videobreaking down five foundations you can donate to from anywhere in the world to help India fight COVID-19. The Foundations include:

Meanwhile, Nicole Mehta has teamed up with UNICEF to raise money to boost access to critical oxygen therapy and acute testing for citizens across the country. (For full transparency, team Glowreel donated to UNICEF Australia's drive for India)

Radhi Devlukia-Shetty and her husband Jay Shetty set up a virtual event to raise funds for Give India.

Every little bit counts and will contribute towards helping those who need it most right now.

You Need To Watch …

We're celebrating the history making wins from the 2021 Oscars with this trio of must watch films:

Shania Bhopa: Helping Homeless Youth While Also Adding A Little Bit Of Wellness To Your Life

Annnnd, she's also here to help you with your overall health and wellness.

She shares tips on how you can best look after yourself, including sharing stress and burnout management techniques and health tips that are naturopath & physician backed.

The Legendary Mother Of The Blues

Ma Rainey was known as the “Mother of the Blues. She was renowned for her energizing, straight-talking performances and full-throated vocals

Rainey was the first entertainer to successfully bridge the divide between vaudeville (aka, the cabaret-style shows that developed out of minstrelsy in the mid-1800s) and authentic black Southern folk expression.

Rainey was born in April 1886 - according to her, but official records listed her birth date as September 1882. Her birth name was Gertrude Pridgett. She first heard country blues music in 1902 and began touring with different minstrel troupes alongside her husband Will Rainey after they married in 1904.

She became a bonafide celebrity in the 1920s, recording nearly 100 songs. Many of which were national hits

She was signed to the small Wisconsin-based Paramount label until they went bankrupt in the early 1930s.

Rainey returned to touring and performing at private parties. She retired from music in 1935 and worked for a few years as a theatre proprietor. She died of a heart attack in December 1939.

Rainey helped to mainstream black female narratives, and proudly proclaimed her bisexuality, through her lyrics. Her musical style became a nationwide craze

In her 1983 biography of Ma Rainey, Sandra Lieb highlighted that she “offered to whites a glimpse into black culture far less obscured by white expectations, and offered to blacks a more direct affirmation” of their cultural power.

Rainey sang openly about her attraction to men (she was married twice) and women, In her song Prove It On Me Blues she candidly sings:

"Went out last night with a crowd of my friends. They must’ve been women, ‘cause I don’t like no men. It’s true I wear a collar and a tie, makes the wind blow all the while. Don’t you say I do it, ain’t nobody caught me. You sure got to prove it on me."

“I love to see a young girl go out and grab the world by the lapels. Life’s a bitch. You’ve got to go out and kick ass.”