Go On, Shoot Your Shot! 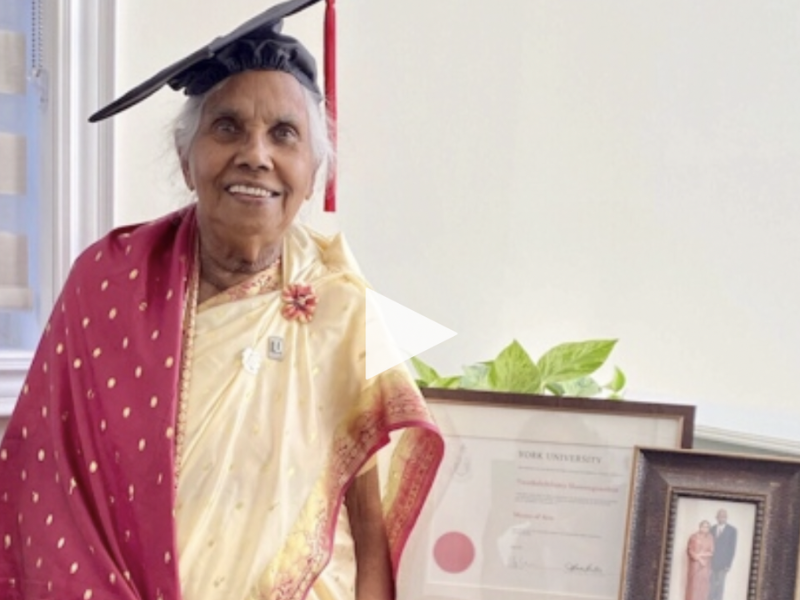 Buckle up, you're in for a HUGE dose of inspo this week! Varatha Shanmuganathan and Falguni Nayar prove that you should always shoot your shot ... and Malala got married! I know, you already knew this but I'm a sucker for love and cute stories so couldn't not mention it. Special shout out to Marvel's Eternals for its epic representation too.

For all you Sydney based subscribers, head on down to the special shoutout section for a chance to win two tickets to Three Fat Virgins Unassembled.

I also had the best conversation with Sofiya Deva of This Same Sky about disrupting the fashion industry from the inside out. Full interview up on the Glowreel website, and the Community Feature section below features a sneak peek 👀

P.S. Hello to our new subscribers! I'm so excited to have you join the Glowreel newsletter community 🥰 If you know someone who will enjoy Glowreel, forward them this email and they can subscribe free here.

Getting older is kind of daunting and it can seem like life is passing you by! But these ladies are here to remind you that age is truly just a number. At 87-years-old, Varatha Shanmuganathan has become the oldest person to receive a master's degree from York University, Canada. She feels "humble and proud" to have received her Master of Arts and plans to write a book next!

Meanwhile, Nykaa Beauty is the first woman-led unicorn company in India to go public 🦄 Founder Falguni Nayar founded the company eight years ago at the age of 50. She's now the richest self-made woman in India.

Over in politics, women of colour are making their mark. Representation matters, and while we've got a way to go for women in politics in general, slowly but surely we're starting to see some change. Following Michelle Wu's history making election win in Boston, Winsome Sears has just become the first woman and the first woman of colour to be elected Lieutenant Governor in Virginia.

See also: Germany's Awet Tesfaiesus becoming the first Black woman in Germany to ever win a seat in the Bundestag, after running with the campaign slogan of “courage to change”. Plus, for the first time ever, the majority of councillors voted to the Edmonton City Council in Canada are women, with two being women of colour.

We're back with another special shoutout (and a chance to win some free tickets!) this week:

Three Fat Virgins Unassembled is about women in impossible situations, judged by equally impossible standards. With a team of 13 Asian female-identifying theatre-makers, Slanted Theatre's latest play is on 24 November - 4 December.

If you're in Sydney, Australia (or know someone who is), you can win two tickets to a preview of Three Fat Virgins Unassembled on Wednesday 24 November, 7:30pm.

To enter, email your name, mobile number, and email address to threefatvirginsunassembled@gmail.com with the subject Glowreel x 3FVU.

You need to read: Consumed by Aja Barber.

Aja Barber wants change and is breaking down colonialism, climate change, consumerism, and the need for collective change in her latest book.

Bonus reco: yep, two recos in one week! Tune into the Bittersweet Podcast. Rahel & Wintana bring your weekly dose of excellent conversations, with a little bit of spice! You'll be hearing a familiar name/voice on this week's episode 😉

Female Founder Spotlight: We All Stand Under This Same Sky With Sofiya Deva

Sofiya Deva is a global citizen (having grown up in India, New York and Dallas) who’s always had a passion for social entrepreneurship. So, in August 2020 she launched This Same Sky.

This Same Sky is a sustainable fashion brand dedicated to celebrating artisans from around the world through their craftsmanship and storytelling.

We caught up with Sofiya to hear more about what motivated her to start her brand, and how she’s disrupting the fashion industry from the inside out!

We've shared some interview snippets below. You can catch the full interview on our website.

Sofiya on her career journey

I've had a really unconventional career trajectory. But the funny thing is, the more people I talk to, the more I’ve realised, like Sheryl Sandberg says, careers aren't ladders, they’re a jungle gym.

I’ve done everything! I’ve taught yoga, I was an itinerant poet. I worked in a carnival.

Why Sofiya started This Same Sky

With This Same Sky, I felt there was a romance with something that was handcrafted. My life as a marketing executive was so demanding, and hectic. I craved moments of slowing down and being more present. I felt that when something is handcrafted, it kind of carries that energy.

There’s also this part of me that's really connected to India. I wanted to reclaim my heritage, and I wanted to give back in some way. So I was like, okay, I'll work with artisans in India.

How This Same Sky is disrupting the fashion industry, and conversations around sustainability

... I feel very much like an outsider in the fashion industry. But I think the industry is actually in need of outsiders, and in need of outside ideas and disruption, and maybe even people who come in and break things because they don't know better.

The full interview with Sofiya is available here. In addition to the snippets above, Sofiya shares how This Same Sky celebrates artisans, and her favourite piece from the collection!

Annie Dodge Wauneka - The Legendary Mother of the Navajo Nation

Annie Dodge Wauneka (1910-1997) was the first Native American person to receive the Presidential Medal of Freedom (US) in 1963.

She received the honour in recognition of her lifelong dedication to public health advocacy. Wauneka became passionate about public health after witnessing an influenza epidemic wipe out thousands of people in her tribe when she was eight years old.

After studying public health, she joined the Navajo Tribal Council and served as chairwoman of the health committee. During her three terms (nearly 30 years!) in office, Wauneka improved care for pregnant women and babies, improved access to eye and ear examinations, and improved treatment for alcoholism. She also created an English-Navajo dictionary to help define modern health care practices (like vaccines) for non English-speaking Navajos. She was officially named “The Legendary Mother of the Navajo Nation” in 1984 by The Navajo Tribal Council.

“I raise my voice not so that I can shout, but so that those without a voice can be heard”