Global Shades and The Power Of #RippedJeans 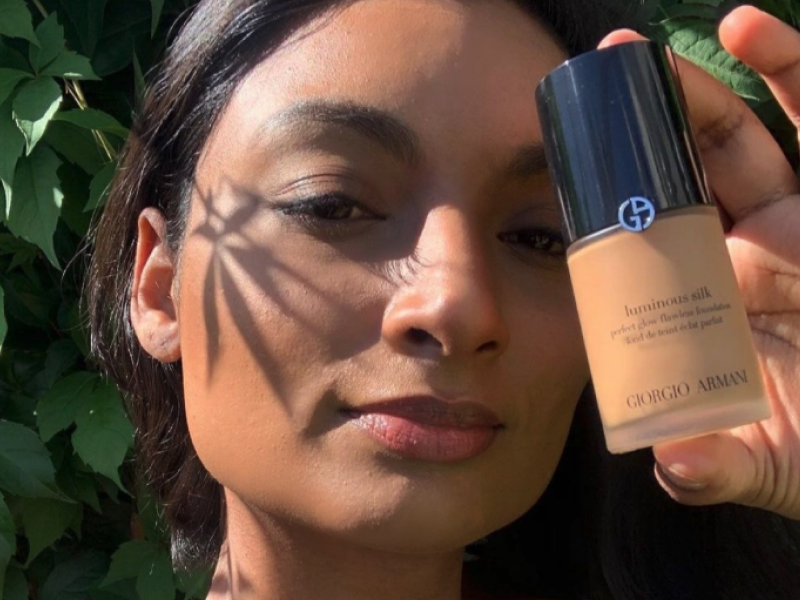 Women of colour across so many industries are driving change and making space at the table for themselves and their communities.

We're excited to be highlighting a few of these women this week - inclusivity and support for those in the community underpins every story in this week's newsletter.

P.S. Happy Holi to those in our community who have been celebrating the past few days!

A Foundation Shade For Every Skin Tone In Australia...

Raise your hand if you've ever been personally let down by the lack of foundation shades that cater to BIPOC skin tones. We're imagining most of you are raising your hands right now.

Shanthi Murugan, a South Asian woman who is Head of Campaign & Strategy at Adore Beauty in Australia knows what it's like to not be able to access makeup products because of her skin tone.

"As a teenager, I never wore makeup. Not because I didn't want to, but because makeup didn't exist for people who looked like me"

In 2017, Murugan emailed Kate Morris, founder of Adore Beauty. She highlighted that she couldn't shop for foundations and concealers on the Adore Beauty website. They weren't available in her shade.

Murugan's email saw Adore Beauty begin its journey towards inclusivity. The online retailer started ensuring it could sell all foundation and concealer shades made available to Australia.

But a whole bunch of shades for people of colour that are sold overseas are currently not available in Australia.

Spearheaded by Murugan, the campaign kicked off last week with an open letter to all Australians.

The aim? For all Australians to have equal access to foundations and concealers regardless of their skin tone. "By the end of 2021, together we can make this a reality."

Adore Beauty is currently working towards stocking over 2,600 different shades from 350 complexion products.

"It’s time for us to elevate the voices of Black, Indigenous and people of colour and show the world how beautifully diverse our country is. It’s time for change"

Action and support from the beauty industry and the public will help the Global Shades campaign to achieve its goal.

You can learn more about and show your support by signing the petition to stock all shades here.

You Need To Read…

Set in a small village in Uganda, The First Woman tells the story of a young girl named Kirabo who is discovering what it means to become a woman in a family, community and country determined to silence her. Finding her place in the world will take all the courage she has.

... And she's never looked back! Heim grew up in Perth, Australia and had been relaxing (chemically straightening) her hair since she was six years old.

A few years ago she decided to transition back to her natural hair texture and realised there was a massive gap in the market for textured hair. "As a woman of colour, I didn't feel like I was getting the same level of product availability or brand experience that everyone else was, and I was determined to change that."

The brand's ethos: Do more. Do less. Do whatever. Do you. Bread is all about getting the fundamentals of curly hair care right - so you can spend less time worrying about wash day.

"Our mission is to champion diversity in the hair-care category, and also to become the staple of every curly-haired human's hair-care wardrobe."

Fun fact: Bread was one of the first Australian brands to be selected for Sephora Accelerate (an incubation program for beauty startups) and is now sold on the Sephora USA website.

The Boss Women Collective, or BWC as it's affectionately known, is a platform and community focused on empowering women in the early stages of their careers.

BWC was founded by Singh who built the platform after graduating from university and realising she was missing the sense of community that is easily fostered as an undergraduate student.

She realised there wasn't a space for young women to receive and share advice from those in the same boat, who are also navigating the start of their professional careers.

"I wanted to create a space that showcased the beauty of finding community and friendship while also finding your voice in the workplace."

BWC uses the idea of peer mentorship to build safe and open environments to make personal and professional connections.

Dr Bath: The Trailblazing Woman Behind The Laserphaco Probe

Dr. Patricia Bath was the first female African American doctor to receive a patent for a medical invention in the USA

That invention was the Laserphaco Probe. AKA, a medical device that improves on the use of lasers to remove cataracts, and for ablating and removing cataract lenses.

The Laserphaco Probe was patented in 1988.

Dr Bath received her medical degree from Howard University College of Medicine in 1968. She completed her training at New York University and was the first African American resident in ophthalmology.

By 1983 she was chair of the ophthalmology residency training program at Drew-UCLA, the first woman in the USA to hold such a position.

Dr Bath was driven by a passion to help those in her community, underpinned by the principle that eyesight is a basic human right

She became aware of the higher rate of blindness suffered by impoverished urban African-Americans when starting out her career.

So she worked with colleagues to create a system of community ophthalmology to reduce the incidence of eye disease and blindness in the African-American community.

Dr Bath also founded the American Institute for the Prevention of Blindness in 1977. The Institute is a non-profit organisation dedicated to the prevention of blindness through programs designed to protect, preserve and restore sight. What an inspiring woman!

“Our backs tell stories no books have the spine to carry”