Frances Tang's Dripstick Is A Game Changer For Women 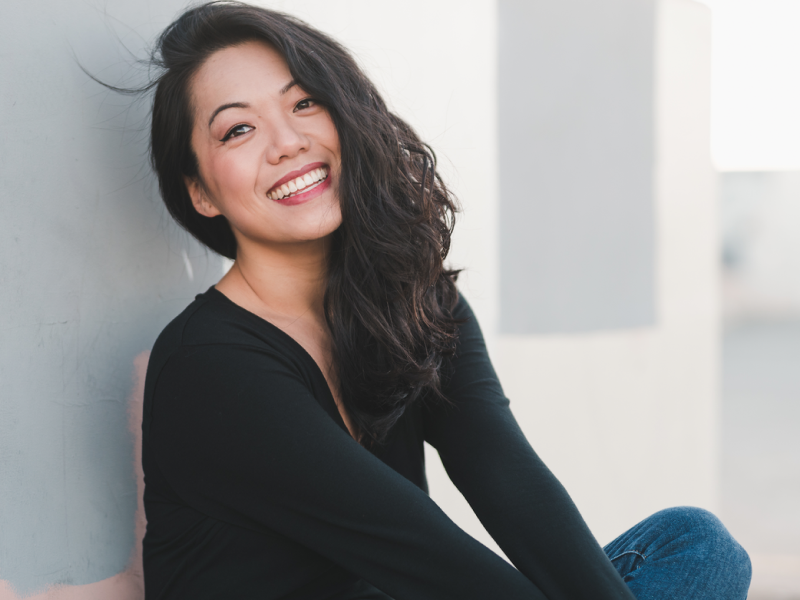 The people, particularly the women, of Afghanistan have been front of mind for me this week. This week's newsletter includes links where you can access more information and support the people of Afghanistan.

We're also sharing the story of Lieutenant General Dr Suhaila Siddiq - a trailblazing icon from Afghanistan who championed rights for women and promoted reproductive health throughout her long career.

Frances Tang is also promoting conversations around women’s health and sex through her dripstick. You'll definitely want to read about her excellent invention which meets at the intersection of baking and laziness ...

How We Can Help The People Of Afghanistan

Unless you've been completely disconnected from all media this past week, you'll know that the Taliban captured Kabul, the capital of Afghanistan.

Hundreds of thousands of people have been internally displaced. An estimated 80 per cent of displaced Afghans since the end of May 2021 are women and children.

Many people are trying to flee Afghanistan.

Women and girls have historically been oppressed by the Taliban, and any gains made in education and employment are likely to disappear as the Taliban takes over.

So, how can we help from overseas?

We've shared some resources to assist here and here. Our friends at the Australian South Asian Centre have also shared a helpful breakdown here.

Meanwhile, if you want to show your support on your shirt, ZHK Designs is donating 100% of net sales from this crewneck to Women For Women International.

Feel good moment: amongst all the turmoil, one good news story that's come out is that 10 members of the Afghan girls robotic team have escaped to Doha. The team consists of girls ages 16-18 who have overcome hardship to pursue their love of engineering and robotics. They will be supported to continue their education from overseas.

You need to read: Where Hope Comes From, by Nikita Gill.

Where Hope Comes From is a beautiful collection of poems that embodies strength and hope.

This week's recommendation is brought to you by Sruthi Ravi, Glowreel's resident bookworm. Sruthi will be sharing her must read recommendations with you once a month. Get ready to devour some excellent books!

Meet Frances Tang, Founder of Awkward Essentials - aka the home of the dripstick, the world's first after sex clean up sponge.

Awkward Essentials launched in 2020. Despite the pandemic and shutdowns, Tang's unique business is experiencing massive growth. The dripstick was named a finalist for Fast Company’s 2021 World Changing Ideas in the Sexual Wellness category.

A self-professed multipotentialite, Tang has had more than a dozen different jobs, which have helped her bring a unique point of view to her business. For this week's Glowreel Community Feature, we interviewed Tang on all things Awkward Essentials and the dripstick.

Tell us about Awkward Essentials and the dripstick

Dripstick is a medical-grade sponge with a handle for easy insertion and removal. You simply insert the product after sex, twirl it around, and slowly remove.

How did you come up with the idea for the dripstick?

I’m married, and I always hated the after sex clean up ritual. The crossed-leg-ninja roll off the bed, penguin walk to the bathroom, and camp out on the toilet was not the business.

Like many founders, I’ve had a lot of jobs. One of them was as a baker. There is a very common kitchen tool called a rubber spatula and it’s typically used to scrape all the last bits of cake batter out of a bowl (know where this is going…?).

So every time I would scrape batter out of a bowl, I’d think about inventing a spatula to get all the last bits of goo out of my vagina. In short, the idea for dripstick started at the intersection of baking and laziness.

What do you hope to achieve through Awkward Essentials?

In 2021, we are still working to destigmatize conversations around taboo topics such as women’s health and sex, but we are on the cusp of normalization.

Awkward Essentials opens the door for consumers when it comes to those “taboo” topics, giving them the opportunity to open up the conversation around women’s health, sex and comfort ... I hope we can encourage a shift in our culture through our humor, transparency and an innovative product line.

From a personal standpoint, I hope to encourage more female founders to come to the table and start businesses. We are the only ones who can solve our problems (i.e. dripstick!)!

Siddiq was born in 1948 in Kabul, Afghanistan, which is where she studied medicine. She completed her medical training in Moscow before returning to Afghanistan to work as a doctor.

She became Afghanistan's most respected surgeon while working at Kabul's military hospital. She was awarded the title of Lieutenant General in the mid-1980s and was credited with keeping her hospital going during the Soviet-Afghan war and during the civil war in the early 90s.

Siddiq was also committed to helping her colleagues and would regularly distribute her salary among the workers in need in the hospital.

"When the religious police came with their canes and raised their arms to hit me, I raised mine to hit them back. Then they lowered their arms and let me go"

When the Taliban took power in Afghanistan in 1996, they banned women from education and employment.

However, a few months after Siddiq left her job, the Taliban realised they needed her surgical skills and asked her to return. She agreed to return, but only on the condition that her and her sister didn't have to wear the all-covering burka.

During her time in that role she spearheaded a program to vaccinate millions of children against polio, rehired female health workers who lost their jobs under the Taliban and promoted reproductive health and programs to combat HIV/AIDS.

Siddiq returned to surgery in 2004. She passed away in December 2020 but her legacy as an icon of possibility remains.

“Each time a woman stands up for herself without knowing it, possibly without claiming it, she stands up for all women."
-Maya Angelou