Elocance - It Makes You Listen 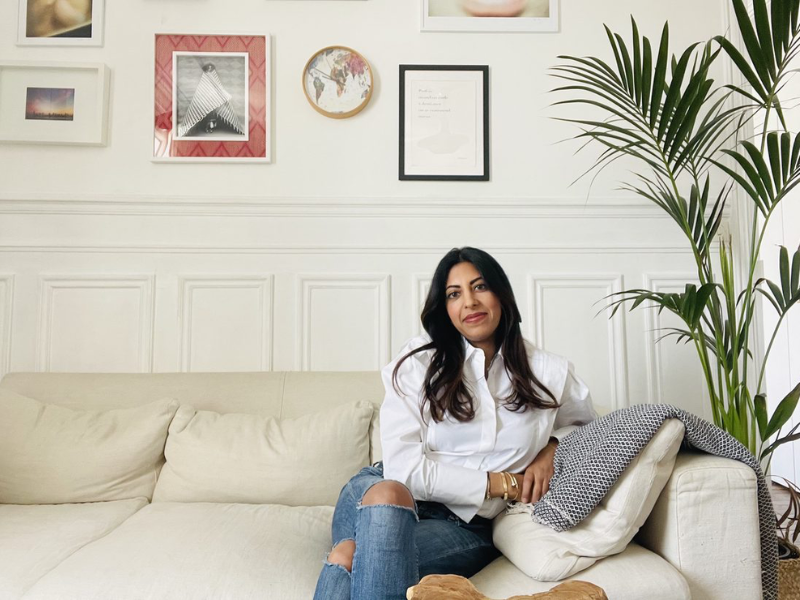 You're in for a HUGE dose of inspiration and empowerment this week.

This week's community spotlight is a meet the founder special, feat. Sabina Khilnani of Elocance - it makes you listen, literally. And on that note ...

This week is all about trailblazing leaders.

TIME Magazine just released its second round of Next Generation Leaders for 2021. ICYMI, we covered the first round in this newsletter (scroll to the Bites section). The diverse line up of young leaders spans nine countries, and they're all bloody impressive (obvs!) Some of our favourites:

Meanwhile, the UK's Black Power List for 2022 has been released. Tech pioneer Jacky Wright has taken out the top spot. Special shout out to Michaela Coel too.

The US Mint has also announced the full list of five pioneering American women who will appear on the first run of the American Women Quarters Program.

You need to check out: First Woman 🚀

The fictional series of graphic novels and interactive experiences by NASA tell the tale of Callie Rodriguez, the first woman to explore the Moon. Callie's character is inspired by real life BIPOC woman astronauts like Mae Jemison, Ellen Ochoa and Kalpana Chawla.

Fun fact: the first female astronaut and person of colour will soon set foot on the Moon. An historic milestone and part of upcoming NASA missions - we can't wait!

Meet Sabina Khilnani - a third culture kid with Indian origins who grew up in Europe and the Midwest. Currently living in Paris, Khilnani is busy running her startup and runs on "oat milk lattes, vinyasa, solo travel and anything audio."

We caught up with Khilnani to hear more about her startup, Elocance. Let's get to it!

How did you come up with the idea for Elocance?

It was something that both my co-founder and I needed. I was in the process of doing my executive MBA and was looking for something that could help me listen to my case studies while traveling.

Simultaneously, I was falling behind at work and couldn't keep up with all the articles and content I needed to stay current. Audio was already a huge part of our lives but we wanted to create a collaborative audio tool that saves people time at work.

It's for busy professionals who don't have time to read the things that are most important for their work.

Above all, our goal is to help people save time and learn by listening.

Any advice for other women who are wanting to launch their own business?

Yes! Just starting is really important. Many times, women convince themselves that they don't have the skills or it's not the right time when in reality, a fear of failure might be holding them back.

One way to get around this is to start small by working on the project or idea for a few hours a week. Start by developing an MVP (minimum viable product) that will serve as stimuli to validate your idea.

Wilma Mankiller: “Every Step I Take Forward Is On A Path Paved By Strong Indian Women Before Me.”

Wilma Mankiller (1945-2010) was the first woman elected principal chief of the Cherokee Nation in 1987. She's celebrated as an activist for Native American and women's rights.

During her two terms in office, she tripled her tribe's enrolment, doubled employment and built new housing, health centers and children's programs in northeast Oklahoma.

A decline in infant mortality and an increase in educational achievement are attributed to her leadership.

Mankiller was inducted into the National Women’s Hall of Fame in 1993. She received the Presidential Medal of Freedom in 1998.

She continues to be an inspiration to women everywhere and to people of the Cherokee Nation.