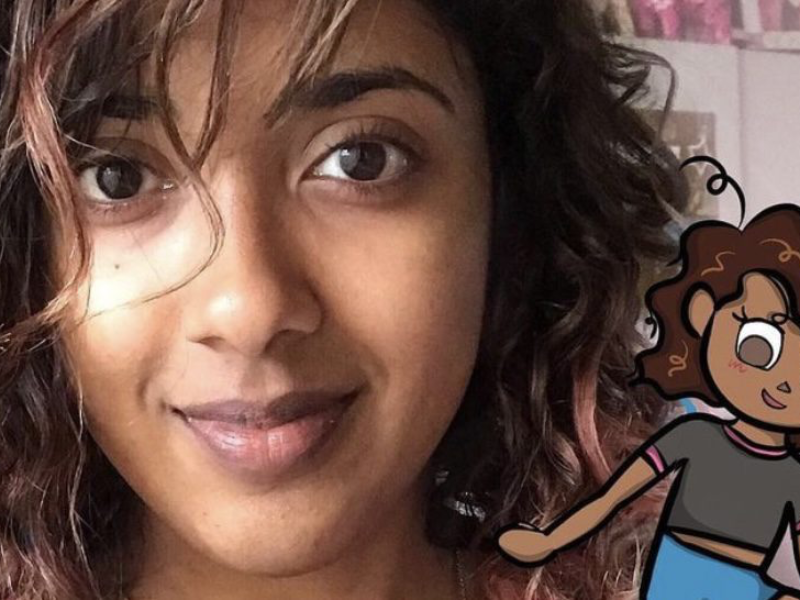 Welcome to your weekly dose of Glowreel! This week is all about being bold, brown and badass - you've got Sukanya (Suki) Balachandran to thank for that! Suki is this week's community feature and you're in for an exciting read - full interview up on our website and you can catch some snippets down below (I know you love some good snippets!)

There's heaps of news stories to keep you feeling empowered and inspired this week. Including not one but two lists of 100 powerful and influential women in 2021! I think you'll be pleasantly surprised at the breakdown of one of those lists.

And on that note, let's get glowing!

P.S. If you've been enjoying your weekly dose of Glowreel, please do share it with your friends and tell them to subscribe! Also, in this week's cute moment - spoiler alert, this is one for the dog lovers! Oh and, don’t forget to check out the Glowreel Xmas gift guide and support BIPOC woman owned businesses this festive season.

As the year starts winding down Forbes and BBC have shared their lists of the 100 most powerful, inspiring and influential women of 2021.

It's a big moment for representation, empowerment and inspiration for women everywhere, and it's always extra special to see which BIPOC women have made it on to the list!

33 out of 100 women on the Forbes list of the 100 most powerful women in the world are BIPOC women. The women featured come from 30 different countries and territories and work across finance, technology, politics, philanthropy, science, medicine and entertainment. The list recognises women who are using their fortune, voice or public platform to drive change.

A whopping 90 out of 100 of the women on the BBC list of 100 inspiring and influential women from around the world are BIPOC women! The theme for this year is women who are hitting "reset" - women playing their part to reinvent our society, our culture and our world.

Half of the women featured on the BBC list are from Afghanistan - in recognition of their their bravery and achievements as they've been forced to reset their lives.

You need to read: A Royal Holiday by Jasmine Guillory.

Add a little bit of spice to your festive season reading list with this story about a spontaneous holiday vacation that turns into an unforgettable romance. Jasmine Guillory is a New York Times bestselling author of six romance novels, so you know you're in for the perfect festive season read with A Royal Holiday.

Keen for a non-fiction read? Check out White Feminism by Koa Beck. Beck explores race, empowerment, and inclusion with this powerful new feminist classic and rousing call for change.

Sukanya (Suki) Balachandran is a Sydney based creative and artist who creates empowering and relatable artwork. She's bold, brown and 100% badass!

We recently caught up with Suki to hear more about her creative journey, the BIPOC women who inspire her and what makes her glow. We've shared some interview snippets below. You can catch the full interview on our website.

Hello Hello, my name is Sukanya Balachandran (what a mouthful hey? But I guess that’s being South-Asian for you haha). Most people know me as Suki, but my close friends (and my mother) like to use my name/s interchangeably - with the prior being used, when they mean serious business…

I am Sydney-Australia born and bred, with my heritage rooting back to the beautiful island of Sri Lanka. Sadly, I have never really been - other than a 2 day layover on the way to our trip to India - where we were apartment bound because we landed during an electrical storm, in the middle of monsoon season… Just our luck.

I have always had this itch/hunger to create, to take random bits and bobs and turn it into something functional or meaningful. My parents were always very ambitious and involved in their work, when I was younger and so I would spend a lot of weekends/after school days at their offices and I would be left with all the random stationary that you’d find in an office. I remember always wanting to turn it into origami or a sketch or just something NEW, something that would tell a story.

I have always had a wild imagination and a lot to say, a lot of things I have learned or experienced in my life that I loved sharing with the people around me, in hopes of connecting and relating.

Who are some BIPOC women that inspire you?

My mother first and foremost. We drive each other insaneee, but I love and respect her deeply and like no-one else. She is someone who always speaks her mind (sometimes with no filter) but always presents herself with confidence and conviction. She really is a superwoman, the way she balances motherhood with career, extracurriculars, ambition and everything else… when I think of those Hindu gods with the multiple arms - I see our mothers. They really do champion it all.

My list of inspirational BIPOC women is endless - it starts with my family, my aunts, my cousins, my best and dearest friends, to women like you Shilpa who are celebrating themselves while doing so much for those around them too. Other public figures off the top of my head are women like Maria Thattil, Liza Koshy, Deepica Mutyala, Ava Duvernay, Rupi Kaur, Amanda Gorman, Malala Yousafzai… the list goes on. All women who celebrate themselves while powerfully championing those around them through their endeavours.

The full interview with Suki is available here. In addition to the snippets above, Suki shares more on her creative journey and her favourite piece of artwork. You can check out more of Suki's work here and buy her pieces here.

Emel Mathlouthi: The Voice Of The Tunisian Revolution

Image via The Guardian

Singer Emel Mathlouthi is known as a catalyst for change. She grew up under the Tunisian dictatorship in the 1990s, where the government stifled the arts and normalised censorship. Mathlouthi's songs were banned by the Tunisian Government.

Mathlouthi became the voice of the Tunisian Revolution (18 December 2010 – 14 January 2011) and the Arab Spring movement through her protest song Kelmti Horra (My World is Free).

Now based in New York City, Mathlouthi is passionate about paving the way forward for Arab women in the arts. “It’s important for me to be out there as a creative, Tunisian, Arab woman from a Muslim culture, but completely free.”

"Whatever you do, do it with passion. The rest comes by itself."