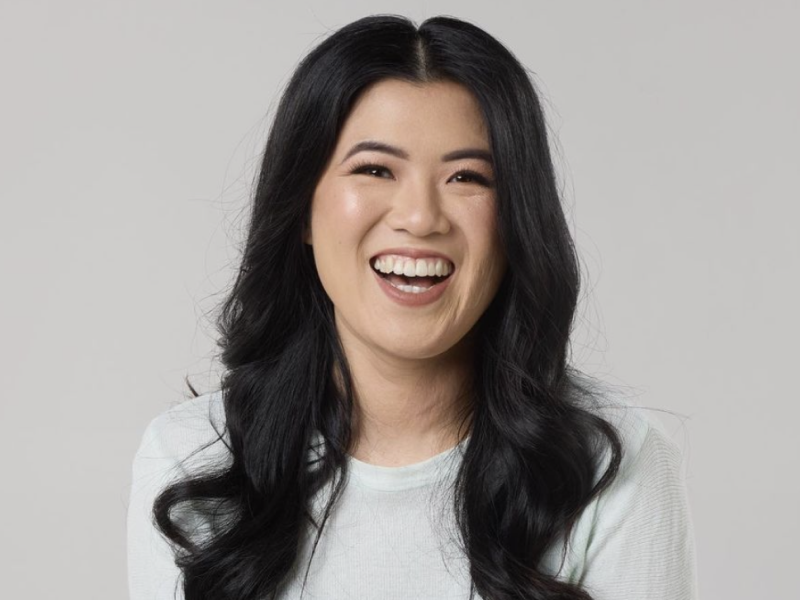 Tell us a bit about yourself

I’m Chinese-Australian and I was born and raised in Melbourne, specifically Brunswick. There weren’t many Asian families around when I was growing up but our parents ensured we were constantly reminded of our culture through our school lunches and weekly pilgrimages to Footscray every Saturday to get groceries.

My go-to coffee order is an oat latte if the café is wanky enough to have oat milk. I’m lactose intolerant and forgetful so I usually don’t have my lactase pills on me, otherwise I would drink a normal coffee. This all seems ridiculous to my mum who happily chugs a glass of full-cream milk every day, grateful to be in a country that offers such nutrients you can’t possibly get in China.

I’m 100% a night owl, which suits comedy perfectly. It could easily be 9.30pm when I’m still waiting to go on stage. There have been shows in the past that start at midnight (it’s a struggle to find an oat latte available at that time).

Each performer gets four minutes. Because of the pandemic, international acts couldn’t make it this year so it bumped the local acts up the ranks. It was awesome to be given the opportunity to rise to the occasion.

When I got the phone call I wanted to run out on the street and scream with joy. After that, it was two to three weeks of intensive gigging to perfect my four-minute set. I’ve never been a professional athlete but the experience felt like the most athletic thing I’ve done in my life. I was testing, refining and getting new PBs until the final performance where I was truly proud of myself for sticking the landing.

‍Throughout my career I have made opportunities for myself, empowered myself and done everything within my control to put myself out there.

But the gatekeepers in Australia still exist and I’m finding it’s still hard to break through to mainstream recognition without people in power (i.e. lots of white folks in important positions) letting me in.

I don’t allow myself to use race or gender as an excuse for not getting what I want. If I bomb at a gig, I prefer to believe it’s because I need to work harder on my material.

I am realising, however, that racism is still prevalent in Australian media and advertising, and sometimes there is only so much you can do to work on your skills and be determined when the system doesn’t work in your favour.

This is why I hope more BIPOC will take up comedy and media positions. Let’s flood the joint!

We noticed that you are involved with Lemon Comedy. Can you tell us more about Lemon Comedy and what it aims to achieve?

Lemon Comedy is a showcase that aims to amplify marginalised voices.

I produce and host the event that happens every few months. I enjoy curating the line-up and adding elements you wouldn’t normally see at a comedy night, like book signings and interviews.

Who do you look up to in the stand up / performance world?

‍In terms of career trajectory, I admire Ronny Chieng the most. I love that stand-up comedy can open so many doors. I’m stubborn in my resolve to get good at stand-up as a way into other areas like film, television, radio – and maybe Hollywood. It’s working so far.

I also like that Ronny has a surprising on-stage persona and that’s something I possess, too. There’s a political force behind his comedy that I respect. I aim to punch up with my jokes and just by existing in my field it is already a form of rebellion by saying, ‘Hey, I’m an Asian woman and I belong here’.

What advice do you have for BIPOC women would like to get into comedy?

We need you! You are funny!

Your lived experiences are full of funny tales because we’ve had to use humour to survive in this world.

The cool thing about stand-up comedy is anyone can sign up to give it a go. If you think you might be funny, start jotting down a few ideas in your phone or notepad as they come to you. Watch some shows, get inspired and give it a crack. You’ve got nothing to lose.