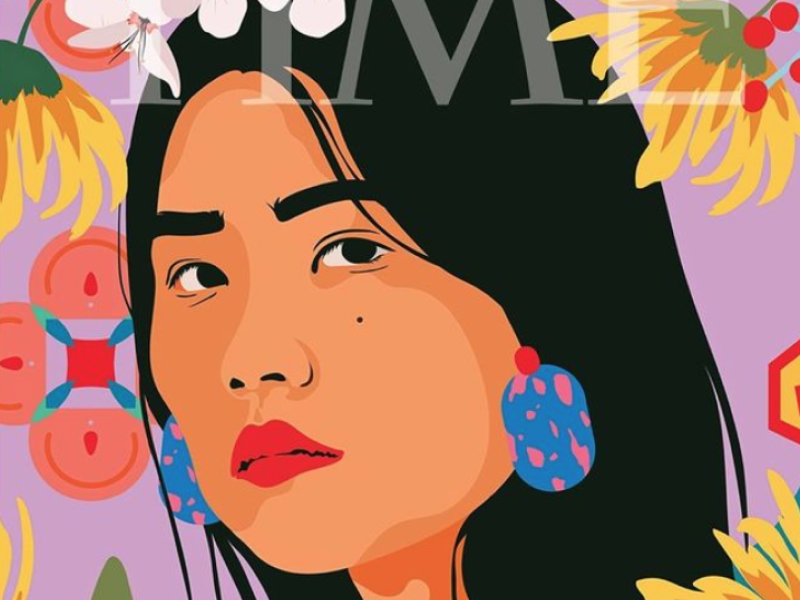 The rise in anti-Asian hate crimes and the recent shootings in Atlanta, USA are heartbreaking.

We stand with our Asian sisters and brothers and will continue to amplify the voices and achievements of women in the Asian community.

This week we're sharing stories and experiences of racism by some Asian American women to help change the narrative. We're also highlighting some trailblazing Asian women across the fashion, media and social media and film industries.

P.S. Nowruz Mubarak to anyone in our community who celebrated this past weekend!

In her latest article for TIME Magazine, Cady Lang analyses how the Atlanta shootings fit into a long legacy of anti-Asian violence in America.

"It was heartbreaking and horrifying—but to many, it wasn’t a surprise."

Lang highlights that Asian Americans have been subject to racist violence since the first wave of Chinese immigrants arrived as labourers in the US in the 1850s. She notes that while racist violence has always been part of the Asian American experience, the 'model minority' myth has helped to obscure it.

"Ending anti-Asian racism in the US means confronting centuries of discrimination, violence and oppression, and recognizing how it manifests in the present day," says Lang.

Christine Liwag Dixon breaks down why this isn't the case, citing her own experiences of being asked why her eyes were so "slanty" and if her Filipino immigrant mother was a mail-order bride.

"Still and always, hypersexualized, ignored, gaslit, marginalized, and disrespected as we’ve been, I am so fortified, so alive, when I’m with us."

Says R.O. Kwon in her letter to her fellow Asian women in Vanity Fair.

She talks about how painful it's been to hear and read about attacks on people in the Asian community. And how difficult it's been to warn her parents to be safe, knowing they migrated overseas for a better life for their kids.

Kwon calls out that "we’ve had to yell so loudly to even get national media and politicians to begin to believe there might be a real problem."

Despite all the hurt, Kwon wants her fellow Asian women to know she feels safe and alive when she is with them. She is also grateful for the allies. “We matter to me.”

And she is here to use it as a platform for activism and representation for her less visible, often embattled, trans sisterhood.

Bloom, who is Black and Filipino, wants her audience to see that her autonomy and her anatomy are beautiful.

"I want people to see that you can be respected, appreciated and loved regardless of your body shape, sexuality and the colour of your skin."

Bloom is here to make way for change and greater representation. She's got an impressive set of achievements under her belt, having walked the Tommy Hilfiger runway, modeled for H&M; been featured in Vogue India; and appeared in a Levi’s ad campaign.

Whether you're vegan or not, you'll be drooling over Chef Priyanka's globally inspired Indian cuisine.

A crispy skillet pasta pizza - with a hint of spice, rose lassi, crispy stuffed poblano and sweetheart scones are just some of the delights that await you (yuuuuum!) We're drooling just writing about Chef Priyanka's delicious dishes.

The Youngest Ever Vogue Editor In Chief And The Caffeinated Desi Bringing A Double Shot Of Joy Into Your Life!

Margaret Zhang: The Youngest Editor In Chief At Vogue, Ever

Zhang, who's only 27 years old, was named Editor in Chief of Vogue China in February.

The Chinese-Australian is a multifaceted icon who was making waves well before her EIC appointment. She's a filmmaker, photographer, consultant and writer - and is hands down the coolest person on the planet!

The commerce and law graduate launched a successful fashion blog at the age of 16. In 2016, she was named in Forbes’ 30 Under 30 Asia list and produced two digital covers for the launch issue of Vogue China.

She's also the cofounder of Background, a global consultancy company, where she specializes in bridging western and Chinese cultures. Background has worked with companies like Airbnb and YouTube and fashion labels Moncler and Mulberry.

We can't wait to see the direction Zhang takes Vogue China in. She'll no doubt be running the world one day!

Sita Chandra: Bringing Joy Into Your Life, One Cup Of Coffee At A Time

Sita Chandra is all about adding a double shot of joy to your daily cup (or cups in our case) of coffee!

She uses her Tik Tok account (acaffeinateddesi) to share her love of making and drinking coffee, while also providing honest reviews of different coffee brands.

Spoiler alert: Chandra loves coffee but not every coffee brand under the sun. She's also not afraid to talk about the ethics and sustainability of coffee and milk companies. We love an honest reviewer!

Chandra also uses her platforms to talk about her experience with congenital hearing loss and cochlear implants.

She is also considered to be the first Chinese American actress to gain international recognition for her work in films in Europe.

Born in Chinatown, LA, Wong was a third-generation Chinese American. She attended a mostly white school and experienced a lot of racism. She eventually transferred to a Chinese school.

The movies were her escape - she would sometimes ditch class to observe film sets in town. Wong dropped out of high school to pursue her acting career.

She landed her debut role at age 14 and her Hollywood career started taking off. But racism and stereotypes were never far behind - so Wong packed her bags and headed to Europe

She was almost always cast in stereotypical roles in which she played a sensual or subservient side character. Meanwhile white actresses in yellow face continued to play Asian women in starring roles.

Frustrated with the parts she'd landed (and couldn't land), Wong left the US for Europe. “I was so tired of the parts I had to play."

Once overseas, Wong starred in films in Berlin, Paris, and London in various languages. One of her most famous projects was Picadilly.

She retired from film in 1947, but returned to the (TV) screen in 1951. She made history yet again as the first Asian American to lead a television series, The Gallery of Madame Liu-Tsong.

Despite being a trailblazer for Chinese-Americans, Wong was mainly remembered after her death in 1961 for her stereotypical seductress roles. It was not until years later that retrospectives and biographies began to bring the true scope of her contributions and worth to light.

“Do not fear failure, but please be terrified of regret”
‍
– DeShauna Barber