An AI Beauty App For People Of Colour? Sign Me Up! 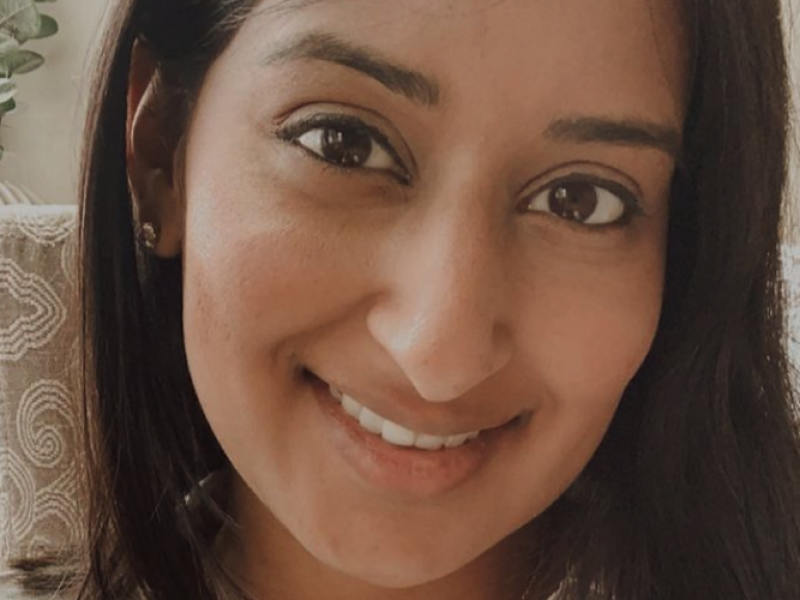 Welcome to this week's edition of Glowreel.

We're officially in June, aka Pride Month in the US - Happy Pride Month! Did you know that two transgender women of colour played a prominent role in the establishment of Pride Month and the LGBTQIA+ movement more broadly? You can read all about them in this week's historical women feature.

It's been a big week for women of colour around the world. We've shared a round up of some of the big new stories, and are excited to be highlighting some newness that you need in your life. Like the Cyber Collective, Eadem's new Milk Marvel and Dew - the first and only beauty recommendation app for people of colour.

P.S. Hello to all the new members of our community! It warms my heart to see that our community of BIPOC women and allies is growing - thank you for your support and for being part of Glowreel.

A record 13 Indigenous artists had their work shown across two days. Prior to this year, Indigenous representation at Australian Fashion week was rare.

"This is about the movement of giving our land back to its rightful owners," said Grace Lillian Lee, designer and creative director of FNFD.

Fans And The Community Rally Behind Naomi Osaka, Because Mental Health Matters

ICYMI, Naomi Osaka withdrew from the French Open to look after her mental health and wellbeing.

While the initial response to her withdrawal from tennis authorities was questionable, the response from fans and other athletes has been all love and support.

People from around the world have shared how much they respect Osaka's decision to prioritise her wellbeing. Including Serena Williams who said: "The only thing I feel is that I feel for Naomi. I feel like I wish I could give her a hug because I know what it's like."

Can we also take a moment to appreciate this mic drop moment c/o Venus Williams?!

You Need To Try

Andy is a body positive dietitian with recipes that are *chefs kiss*.

As for her beautiful Margarita recipe - it'll go down a treat as those of you in the Northern Hemisphere head into summer, or help you squeeze in that last bit of summer if you're in the Southern Hemisphere like team Glowreel.

Not a fan of margaritas? No worries! Andy's Strawberry Mint Lemonade or Green Apple & Ginger Iced Tea recipes are sure to go down a treat.

An AI Beauty Recommendation App For People Of Colour? Sign Me Up!

Meet Mega. A Southern California based attorney who loves to drink Starbucks Peppermint Mochas all year round (who can blame her, they're delicious!)

She's about to make purchasing skincare and beauty products a whole lot easier for people of colour.

How? Through the Dew App - the only AI (Artificial Intelligence) beauty recommendation app for people of colour. Dew, currently in private beta, is going to be a game changer.

"I actually started Dew by accident," says Mega. She'd been buying more and more skincare products, but couldn’t find something that helped her find products for skin tone.

"87% of people of colour are dissatisfied with the beauty industry yet spend 9X more on beauty products ... evidence has shown us that the AI systems that the popular retailers like Sephora and Nordstrom use are skewed towards customers with lighter skin."

Dew will help you personalise and perfect your skin routine

"The quote 'You can’t be what you can’t see' has really resonated with me in regards to our mission at Dew," says Mega.

Each user will respond to an in-depth skin questionnaire focused on people of colour. The questionnaire's been developed with beauty industry experts.

The user’s answers will feed directly into Dew's algorithm. The app then determine exactly what issues the user faces and what types of products the user should use to treat those issues.

Dew will also help users create a virtual version of their beauty drawer - so you'll always have a reference point of the products you like and want to purchase.

"I think as a beauty consumer of colour it is important to remember that there are products currently on the market that can effectively treat our skin. It is just about finding the right ones."

Dew is set to launch in August on the App Store and Google Play Store. In the meantime, you can join the waitlist to try Dew here.

Know Their Names: The Women Behind Pride Month

Marsha P. Johnson and Sylvia Rivera were prominent figures in the Stonewall Riots who had an enduring commitment to social justice throughout their lives

Johnson and Rivera were transgender activists and self professed drag queens.

The Stonewall Riots took place in New York City, starting on June 28, 1969 after a a police invasion of a gay club at the Stonewall Inn, located in Greenwich Village.

Many credit Johnson for throwing the first brick or shot glass that sparked the Stonewall Riots leading to a shift and increase in LGBTQIA+ activism.

Pride month occurs in June in the US to commemorate the Stonewall Riots and to celebrate the LGBTQIA+ community.

Following riots, Johnson and Rivera emerged as leaders in the LGBTQIA+ community, becoming the first transgender women of colour to lead an organisation in the US

Both women were persistent voices for the rights of people of colour and low-income queer and trans communities throughout their lives.

Due to be installed this year, the monuments will be located near the Stonewall Inn in Greenwich Village.

“We have to be visible. We should not be ashamed of who we are.”