A Literary Icon: In Conversation With Alice Pung 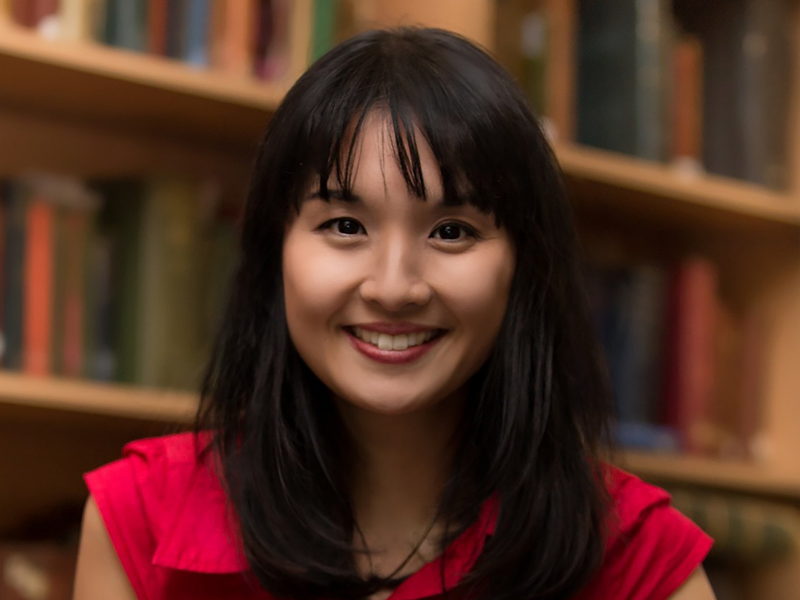 Meet Alice Pung – a Melbourne born and based writer (and literary icon!), teacher and solicitor. Alice's first memoir, Unpolished Gem won the 2007 Newcomer of the Year Award in the Australian Book Industry Awards.

We caught up with Alice to hear more about her newest book release One Hundred Days, and how her family's experiences have shaped who she is today.

I grew up in the Western suburbs of Melbourne, in Braybrook and Footscray.

My parents are Chinese-Cambodian refugees and my father is a survivor of Pol Pot's Killing Fields. My mother managed to escape to Vietnam during that time, and so can speak multiple languages. But when she arrived in Australia she didn't get the chance to learn English, and I have seen the effects of this frustrated voicelessness throughout both our lives - she has full personality and personhood at home but outside of the house, I am her translator.

I now have three children and work in the area of minimum wages and employment law. This doesn't give me much time to write, so writing is my joy and hobby!

Unpolished Gem opens with, "This story does not begin on a boat". Why was it so important for you to write this uniquely Asian-Australian story?

I wouldn't say my story is unique but back when it was published fifteen years ago it was unique in that it was marketed as an Australian story rather than an 'immigrant' story or a 'hardship' story. And I hoped that readers would find humour and love in it.

Congratulations on your recent book One Hundred Days! Can you tell me more about it and what you hope to achieve with it?

One Hundred Days is about a pregnant teenager grappling with a very controlling immigrant mother who wants 'the best' for her, so locks her up in the fourteenth floor of their housing commission flat.

I wanted to explore whether love can co-exist with control, and the impossibility of controlling another human being, even if they are your child. And I also wanted to explore how much agency a child of immigrant can have despite the limitations of their circumstances.

You're an inspiration for so many Asian Australian girls, myself included. Who are some BIPOC women that inspire you?

Oh thank you so much Daisy! I am inspired by so many wonderful BIPOCs - recently, I read two excellent books - one called Emotional Female by Dr Yumiko Kadota, and the other 'The Mother Wound' - both of these were truly inspiring.

And of course the younger generation of Asian Australian writers who have come after me. They are truly fearless and frank and venturing in exciting new directions.

How do you feel about having one of your books being adapted to a play?

I can't take credit for this as the upcoming play has been adapted by the wonderful team of Diana Nguyen and Petra Kalive, and they have actually chosen a cast of ALL Asian actors (even playing the non-Asian roles!)

But I feel very proud that my book has given such opportunities to BIPOC playwrights and actors.

[Alice's book Laurinda is being adapted into a play at one of Melbourne's most prestigious theatre companies, the Melbourne Theatre Company.]

What makes you Glow?

I love spending time with my children, and also talking to my students - this new generation are amazing and seem to be so much more mature and aware and proud of their identities!