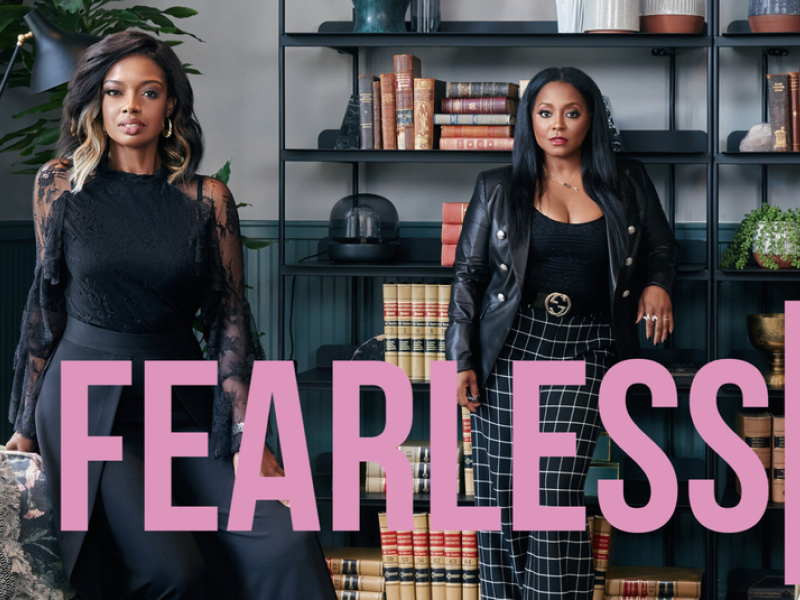 This week is all about women supporting women, and women sharing their truth. From women led investments c/o the Fearless Fund and the Startup Girl Foundation, to women like Carmen Yau and Lena Patel - who advocate for the women in their community. Not to mention the incredible voices of Shina Novalinga and Celia Cruz - seriously, such mesmerising voices.

P.S Welcome to those of you who are new to the Glowreel community. I'm thrilled to have you here, and I look forward to getting to know you and your story.

The Future Of Investment Is Women Of Colour Led And We Are Here For It!

Mastercard has announced a multimillion dollar investment in Fearless Fund, which will help support women of colour-led businesses.

The Mastercard investment is a huge deal for the Fearless Fund.

“This deal also marks a major milestone for our brand ... when women of colour are provided with the necessary resources and funding to launch their businesses, the sky’s the limit," says CEO Arian Simone.

Shilpa Yarlagadda is making waves in the jewellery industry, and she's only 23 years old! Her fine jewellery company, Shiffon Co, is all about empowering women.

Shiffon Co funds its own non-profit organisation, the Startup Girl Foundation, through profits made from its fine jewellery sales. 50 per cent of profits from Shiffon Co's famous Duet Pinky Ring go directly to the foundation.

The Startup Girl Foundation invests in entrepreneurs with companies that empower women and directly funds talented, budding entrepreneurs across the globe through seed grants. A full circle female empowerment moment!

You Need To Listen To…

The 'self-care pusher' shares life experiences, weighs in on current events, amps up her wellness/health habits and finds clean(ish) products to try all for the sake of taking her physical, spiritual and emotional well-being to the next level.

The end goal? To inspire other women of colour to do so as well. It's time to become obsessed with our self-care, so let's get to it!

Based in Montreal, Novalinga provides education and a space for conversation on her social media platforms.

Her incredible throat singing videos have gone viral! Novalinga often performs alongside her mother, Caroline, who taught Nova the art of throat singing. In throat singing, two people, traditionally women, sing in rhythmic patterns, usually standing and facing one another. It was an art form that nearly died out after being banned by missionaries, but thanks to artists like Novalinga, it's being kept alive and growing in popularity.

Novalinga also showcases fashion made by Inuit artists and designers. Including custom parkas, handmade by her mum.

"It's important for me to educate others on my platform because not a lot of people know about our history, or know about the Inuit culture. It has always been brushed off. My goal is to change that and not be afraid to speak about it."

All Hail The Queen Of Salsa Music

Celia Cruz brought Afro-Cuban music to the world stage. With a musical career that spanned decades, she was a symbol of pride and freedom

Cruz was one of the most popular Latin artists of the 20th century.

Born and raised in Cuba, she rose to fame there during the 1950s as the lead singer of the group La Sonora Matancera.She was the group's first Black front person since it was founded around 25 years earlier.

Cruz wasn't afraid to use her voice - obviously, she was a singer! But she also used her voice to speak up for people in Cuba

Following the Cuban Revolution, the music industry in Cuba became nationalised in 1960.

Cruz moved to Mexico, then to the US where she eventually settled in New Jersey. She became one of the symbols and spokespersons of the Cuban community in exile.

She started her solo musical career in the US, with a focus on salsa music. She helped popularize the genre in the US and became central figure in New York’s vibrant salsa scene!

She became the reigning Queen of Salsa, known equally for her incredible voice and her flamboyant costumes

Cruz's costumes included varicoloured wigs, tight sequinned dresses, and outlandishly high heels. Fun fact, one of her costumes was acquired by the Smithsonian, where the portrait above of Cruz lives in the Portrait Gallery’s permanent collection.

Cruz's musical legacy lives on today with 37 studio albums plus additional live albums and collaborations. Throughout her career, she received many awards including two Grammy Awards and three Latin Grammy Awards.

“You know, you do need mentors, but in the end, you really just need to believe in yourself.”