A Dame, A Foreign Minister, And Compassion Freezers ... 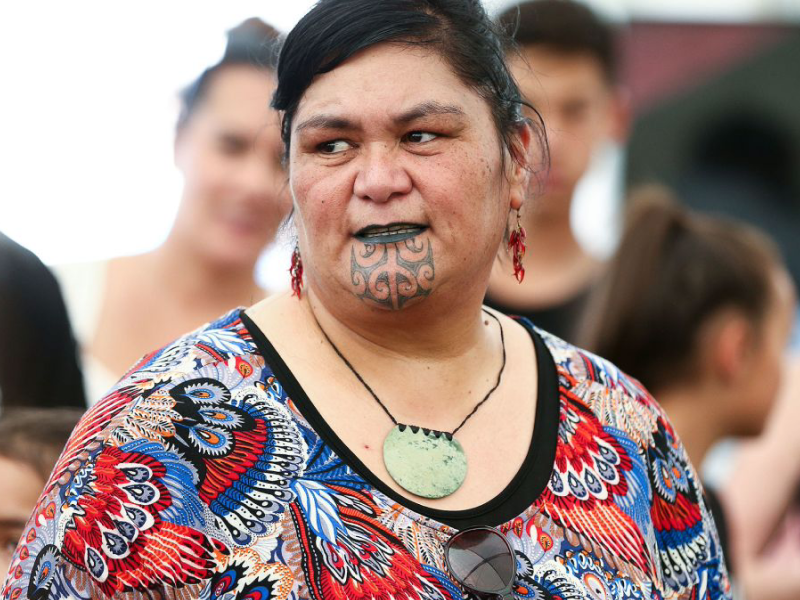 This Saturday (6 February) is Waitangi Day in New Zealand. This marks the anniversary of the initial signing of the Treaty of Waitangi (in 1840).

In this context, we've highlighted some of our favourite Māori women from New Zealand. Each of these women is blazing, or already blazed, a trail to pave the way for others.

Deadly Denim and the Sugar Cane Growers Council are in the mix too. As is Amanda Gorman, because what even is 2021 without her?

P.S. I can't believe newsletter number 4 is out. Can you? Thank you for your support and feedback so far.

A Legacy Of Firsts In Aotearoa (New Zealand)

Nanaia Mahuta is blazing a trail...

...for Māori, women, and Aotearoa.

“It’s satisfying to be given the opportunity to serve in a way we can lift the glass ceiling, in offices that have often not been open to women ... and importantly blaze a trail that can be different and unique, and carve out a real sense of opportunity as a country, but also for Indigenous people ... So that’s what I am going to do.”

Mahuta has been in the New Zealand Parliament for over 24 years. Through the two and a half decades, she has held a range of important portfolios: trade, customs, Māori affairs and youth development.

Mahuta has largely kept a low profile throughout her career. But, she is no stranger to firsts. In 2016 she became the first woman to display a moko kauae (a sacred Māori facial tattoo) in Parliament.

Her accomplishment is not the first first in Aotearoa

Her appointment as Foreign Minister reflects a legacy of firsts for women in the New Zealand Parliament.

“We’re the first country to give women the right to vote, the first country to ensure that we are progressive on issues relating to women ... I follow in the line of a long legacy of firsts for women, and I hope that many other women of Māori descent, mixed descent, across New Zealand will see this as lifting the ceiling once again on areas that have been very much closed to us in terms of professional opportunities," says Mahuta.

Indigenous Artists at NYFW and Military Women in Africa...

Deadly Demin will be showcasing the work of Indigenous Australian artists at New York Fashion Week (NYFW) this month.

The sustainable Australian fashion label was founded by Rebecca Barlow, a Ballardong, Whadjuk woman from the Nyungar nation.

The brand works with Indigenous Australian artists to create fashion with a socially conscious edge.

Bobbie Lockyer, a Ngarluma, Kariyarra, Nyulnyul and Yawuru woman, is one of the artists whose work will be seen on the NYFW Runway.

"It's awesome to see our Indigenous culture and heritage represented in a huge mainstream event, and it's pretty mind blowing to see that my work is up there,"says Lockyer.


A Win For Muslim Hijabi Women in South Africa's Military

Muslim women in South Africa's military can now wear hijabs with their uniform.

Major Fatima Isaacs led a three year long battle for the right for muslim women to wear a headscarf beneath their military berets.

Isaacs highlights that this is a victory for all people who were "silently victimised" because of their religion.

"We are living in a democratic country which means that there should be no discrimination with regards to religious beliefs. I believe religion is the foundation of a moral state/country. This is an important victory."

Compassion Freezers and the Community Heroine

Makaia Carr knows what it's like to live the #instagramdream life. She's known as one of New Zealand's original influencers!

When the COVID-19 pandemic hit last year, impacting so many peoples' lives, Carr was spurred into action to help those in need.

Having grown up in difficult circumstances herself, Carr was very aware of how hard it can be for struggling families to put food on the table. So she set up Kura Kai NZ.

Kura Kai is a charitable trust that provides freezers (compassion freezers) to High Schools across New Zealand. Volunteers, including Carr, cook and donate hearty meals to fill up the freezers. Meals are provided to rangatahi (young people) & their whānau (family) who are are doing it tough.

Carr leverages her social media platform to get the word out and influence for a posiitve cause. “The first time I put the word out, I got 80 meals delivered in two days, so it was obvious people want to help if they can."

Carr's goal for 2021 is to roll the initiative out further and double the number of schools involved (currently 20 high schools across New Zealand have a freezer from Kura Kai NZ).

If you have the means and want to help out, you can donate to Kura Kai NZ here.


The Local Heroine Every Community Needs

Rosemary Kariuki was named Local Hero at the Australian of the Year 2021 Awards.

Sidenote: all four categories of the Australian of the Year Awards were won by women (yaas!)

Kariuki moved to Sydney, Australia as a refugee from Kenya in 1999. She received the award for her excellent work helping migrants combat loneliness as they adjust to life in Australia.

For the past 15 years, Kariuki has worked as a multicultural liaison officer with New South Wales Police in Parramatta.

Her drive to help others stems from her time in Kenya, where she overcame a decade-long abusive marriage and sexual abuse from a family member.

She also co-founded the annual African Women’s Dinner Dance 14 years ago, which is attended by more than 400 people.

The Dame Who Became The Mother Of The Nation

Dame Whina Cooper. The Mother of the Nation.

She fought for the rights of her people for many years. In particular, she pushed to improve the lives of Maori women.

A community activist was born

Cooper originally worked as a teacher. But she found it difficult to balance teaching with helping her community more broadly.

She quit teaching in to follow her true passion. Community work.

The rise of a national leader

By 1950, Cooper had moved to the city of Auckland. She started shifting her work from the local to the national level.

She became foundation president of the Maori Women's Welfare League. The League worked to improve improving living conditions for Māori who faced discrimination in housing and employment in cities.

When she stepped down as president in 1957, the League rewarded her with the title Te Whaea o te Motu (Mother of the Nation).

Cooper is best known for leading the famous 1975 land march to protest against the loss of Māori land.

On 13 September 1975 around 5000 people started marching from Te Hāpua (in the far north). The march ended at Parliament in Wellington (at the bottom of the north island) on 13 October 1975.

Cooper presented a petition signed by 60,000 people to the Prime Minister, Bill Rowling. The petition called for an end to land laws which excluded Māori cultural values.

Possibly the most inspiring image (above) to come from the historical march is that of an 80 year old Cooper leading her people through the country. In fact, in February last year, a statue of Dame Whina Cooper was unveiled in the town of Panguru in Hokianga. The sculpture is based on an iconic photograph of Cooper holding the hand of her three-year-old granddaughter as the pair left Te Hāpua at the start of the march.

You could be featured. Your friends and family could be featured too. We're always looking for new stories to tell. Don't be shy, get in touch. If you know a story, a person, or a business that you would love to see in Glowreel, please submit your ideas to hello@glowreel.co or DM us on our socials :)