30% of the next gen of leaders are women of colour 👀 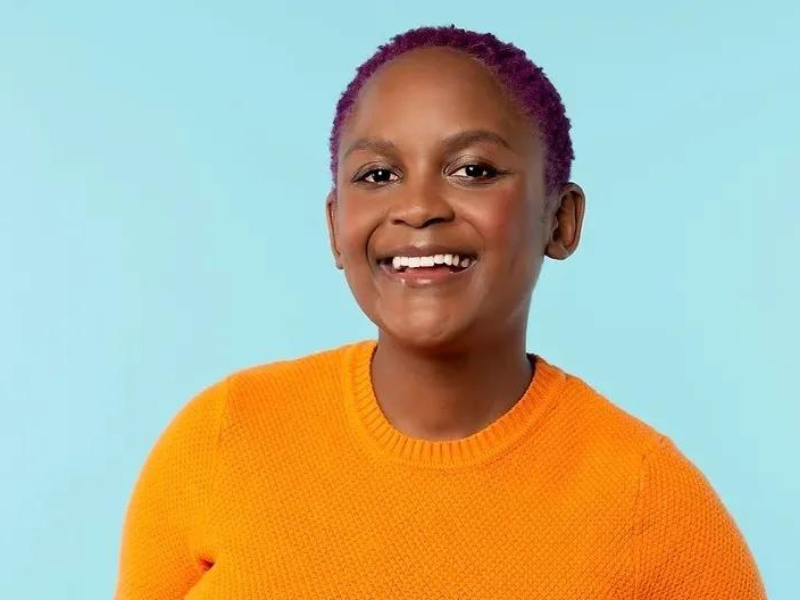 I hope you feel represented, seen and heard after reading this week’s newsletter 💜

And a big welcome to all our new community members, especially those of you who came over via For The Interested! I literally do a little happy dance every time someone new subscribes to Glowreel. It warms my heart that this newsletter + community that I started from my dining room table resonates with you.

And on that note, let's get glowing

P.S. Don't forget to use your referral link when sharing Glowreel with friends and family! I can't wait to share your exclusive rewards with you 🥳

The Next Generation Of Leaders Are Here 👏🏾

Not too shabby for a list of global changemakers! 🌏 Time Magazine just released its annual list of the TIME100 Next. The list recognises 100 rising stars globally, across multiple industries. Everyone on the list is impressive (obvs!). As always, we’re interested in the stats, so let’s break it down:

Malala has entered the Hollywood chat ⭐ Via Extracurricular - her drama and film production house. Her aim? To increase visibility for people of colour. “You’re often told in Hollywood, that if one show about a person of colour is made, then that’s it, you don’t need to make another one. That needs to change.”

See also: Andi Oliver, British chef and broadcaster, is on a mission to shake up what excellence looks like in the food industry. And, Megan Piphus Peace is Sesame Street’s first Black female puppeteer.

Final words: Oprah said it best at Variety’s Power of Women dinner. “The common denominator of our experiences is that we all want to know that we matter…”

What we’re loving this week:

Free to enter! Follow the giveaway rules (linked below). And tune into Chai Break's interview with Anjali (aka Aunty Ruby in Ms Marvel) here (Apple) and here (Spotify).

Chido Mwat: Showing That Laughter Really Is The Best Medicine!

Chido Mwat is a Zimbabwean comedian, film and content maker based in Naarm (Melbourne, Australia). Fun fact, Chido also works as a doctor.

We caught up with Chido to hear more about pursuing your passions, juggling multiple careers and her upcoming show - She-Nanigans The Show - at the Melbourne Fringe Festival. Let's go!

You wear a lot of hats - can you share more about why and when you decided to pursue your creative career, alongside being a doctor?

I've always had a creative side dating all the way back to high school - which is more than 10 yrs ago now! I wasn't a class clown but comedy was always something I gravitated to. I was and am still a blerd and I loved watching Conan O'Brien. I felt connected to the show and I'd always feel better after watching - so I became passionate about spreading the same joy and connecting with audiences.

RE: being a doctor, I was always good at biology and science stuff so one thing lead to another and 8 and a bit years later here I am. It was also a highly approved pathway in my family. It's interesting because when I reflect on it I'm trying to heal people two fold - as a Dr and a comedian. It's been really hard to balance the two, but I remember Michelle Obama saying something along the lines of, people not being able to have everything at the same time. So sometimes I'm in full "med-mode" and other times I  take a break from med and focus on my creative career. Other times I just need to rest. It does mean that my progress is slower but I'm in a marathon and not a race.

What do you hope to achieve through your comedy, writing and film work?

I really hope to bring joy and connectivity -  that's my end goal. I'd also like to bring more quirkiness and a touch of black girl magic to the Australian T.V. landscape. I'm in the process of working on a webseries +/- a solo show. We'll see where it all goes!

Can you tell me more about your upcoming show - She-Nanigans The Show - at the Melbourne Fringe Festival?!

She-Nanigans The Show is about the journey to finding and making my voice heard after I moved to Australia. It's a  mish-mash of comedy - sketch, stand-up, a bit of drag and other random fun stuff. It's funny, heartfelt and empowering! This season we will be at The Melbourne Fringe Festival Hub which is going to be pretty rad. The show is written and starring myself, directed by Hayley Tantau and has a stellar cast including Ashleigh McFarland, Pearl Lin Jin and Sam Serna. We're really excited to bring it back.

What’s been the biggest highlight and challenge of pursuing your creative career?

The biggest highlight? That's a hard one. There have been many. But I think it would have been being part of the Pan-African Poets Cafe in 2017. We put on a showcase and I wrote and acted in a sketch. It was received so well by the audience. Why it was significant was because I was in a place where I was doubting my creative abilities and not really sure if it was for me - especially at that time because the Melbourne comedy scene wasn't as diverse. But that day re-ignited my passion and I realized there were people who got what I was putting down. I still have a $5 note I've kept from that performance - it was also my first paid gig.

Biggest challenge has been managing to balance my careers. Unfortunately because I'm a low-key "perfectionist" I tend to see myself in a negative light - weird right. So I've been learning to be more kind and patient with myself.

If you're passionate about it, go for it! It might not be easy but your heart will be more full for it. I tried to quit comedy a couple times but that failed dismally. Also, surround yourself with people who support you, but also remember you also have to believe in yourself. I'm fortunate to have a very supportive partner, but for a long time I kinda moped about how I wish I'd get opportunities or that someone would notice me - then I realized I had to start creating my own and build from there.

Blume is here to shake up the soda industry! These delicious low calorie, low sugar pre-biotic sodas are powered by plants and so good for your gut.

They come in the cutest packaging too - so that's a win!

Blume has just launched in Australia and is currently stocked at 10 locations in Sydney. Rachel has plans to expand across Australia before taking on the world.

Find out why Rachel launched Blume here, and watch this space for more.

Every woman’s success should be an inspiration to another. We’re strongest when we cheer each other on.

Tell us about someone doing cool shit.

It can be you, your friends or family or someone else you know. Whether you’ve just started a book club, are creating artistic makeup looks for fun, or are doing some research and want to hear from women of colour. We want to share thing cool things you’re doing with a community shoutout!

Please send your nominations to hello@glowreel.co or DM us on our socials :)

This week's email was brought to you by Shilpa Bhim, founder of Glowreel. You can see more of her work at www.shilpabhim.com or follow her on Instagram @shilpa.bhim

If you love what Glowreel represents, please follow us on your favourite social media, and share with your friends and family!